The Jackpot just got interesting 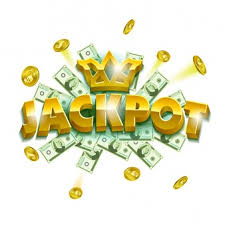 Having been part of UFM pretty much since the beginning and bought most of my staked ufm.
I have neglected it as it turned more towards being an additional tag for many and didnt have much to do with funding.
I am in the top 10 of stake holders(not sure how that happened) having said that i have been staking pretty much everything and been loading my alt acc @votebetting with ufm too.
Yesterday i popped into the discord and after chatting to some of the guys in there realised there was a ufm lottery.
Since i had some ufm thought i would try it out.
Then some more..... then some more lol
This led to others that have been playing previously getting involved and buying much more than me pumping the jackpot up.
There is a daily draw and also a progressive weekly jackpot all within the same token purchase. Double wammy.
Even cooler is an instant chance win of 1 TMPS token which entitles you to a vote depending on the amount of tokens you hold.
You have a 1/15 chance of winning a TMPS token which i won a handful of.
So the daily jackpot is currently just under 1k but i have a feeling not for long
Head over to ufm discord and check it out

Congratulations @onecent, 2.38% upvote has been shared with your successful call on the post that shared by @qam2112!

A member bonus $trendotoken tip, and !trendovoter, for @qam2112 from MAPXV! These bonuses are for members, selected at random, and last for a few days.
Win MAPR tokens in this new Nonsense Writing Contest.
Also consider our MAPR fund and MAXUV vote bonds too.
MAP Steem Fintech: growing your STEEM without SP.