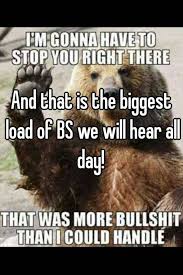 I was talking to a friend about steemit and tribes.
This guy doesn't know anything about crypto just basic stuff if that.
So the first stumbling block was why is there no cap on how many coins/tokens?
I have no idea if there was a cap then at some point the platform creators would have to buy some back to pay out hense the price would always be decent.
Its decentralised was my answer.
His reply. So basically someone created it took money and fuked off coz they know aint gonna be worth shit. The guy is now making a competitor against this one. Would you leave something you built and believed in?
Ok i give him that one.
So how do you make money?
My reply. By posting, curating but you need decent power which really you have to buy.
His reply. So if you get in early you make money if you get in late not so much if any. The big accounts dont vote for you coz they want you to buy else they dont make money when they sell.
My reply. Essentially yes.
His reply. So ones at the top make money ones at the bottom make a lot less and made a triangle shape (pyramid)
Ok i give him that one f#$@$g c@#t
He asks so the price is super low right now?
My reply. Yes so good time to buy before it hopefully pumps.
He replies. So you will buy low hoping that another wave of morons come along so you can dump on them and make money.
My reply. Will see you tomorrow