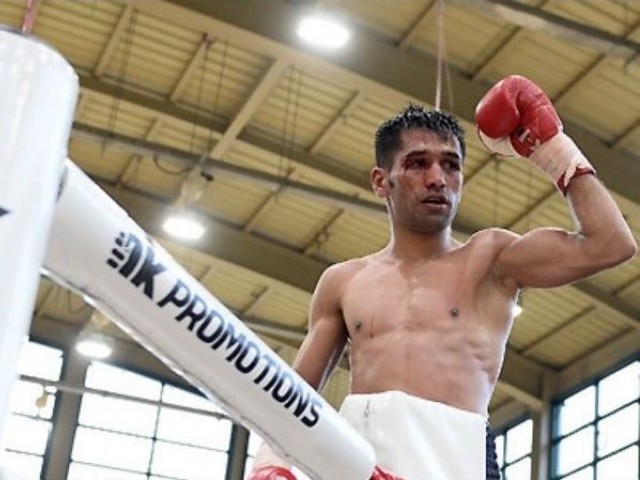 \Pakistani Boxer Muhammad Waseem knocked out former silver champion of the World Boxing Council in just 82 seconds in Dubai at the Rotunda Rumble on Friday night. Waseem has braved 10 bouts now and only lost one, while this was his seventh win through knock-out.

Former Pakistani Cricket Team caption and pacer Wasim Akram has apologised to Pakistani boxer Muhammad Waseem for not receiving a grand reception at the airport on his return from United Arab Emirates after his win against Conrado Tanamor.

Waseem Said “I apologise on behalf of Pakistan. Sometimes we as a country need to be ‘smacked on the face’ with the fist of reality to wake us up and remind us how we should be treating our heroes.” Akram tweeted.

He congratulated Waseem on his fabulous win over Conrado Tanamor and said that he will receive Waseem himself from the airport next time.