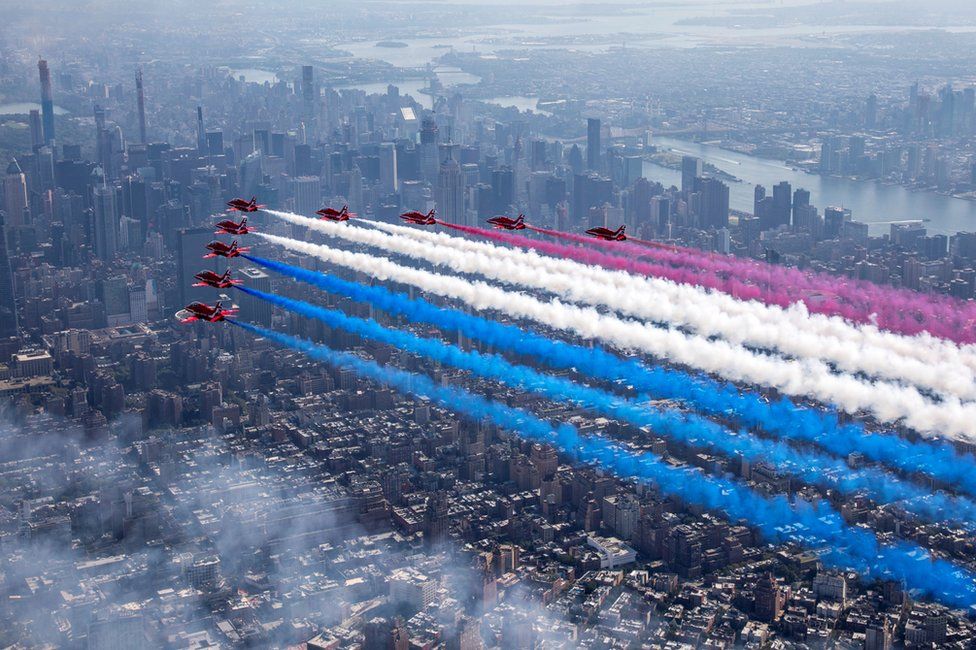 The Royal Air Force display team, the red Arrows, are on a tour of North America to promote the UK.

Biarritz, France
World leaders start a working session on the global economy and trade on the second day of the G7 summit
Photograph: Markus Schreiber/AP

Gaza City, Gaza
A woman washes a child in a plastic basin on a hot day
Photograph: Anadolu Agency via Getty Images

Chinari, Azad Kashmir, Pakistan
Journalists make victory signs as they approach the Line of Control dividing the Kashmir region. Hundreds of journalists tried to cross into India as a protest against the regional media clampdown, but were stopped by Pakistani police
Photograph: MD Mughal/AP

Hendaye, France
A demonstrator is detained after a protest march during the G7 summit
Photograph: Sergio Pérez/Reuters

Modesto, California, US
Two demonstrators embrace each other during a protest against a planned straight pride parade in Modesto in northern California
Photograph: Stephen Lam/Reuters