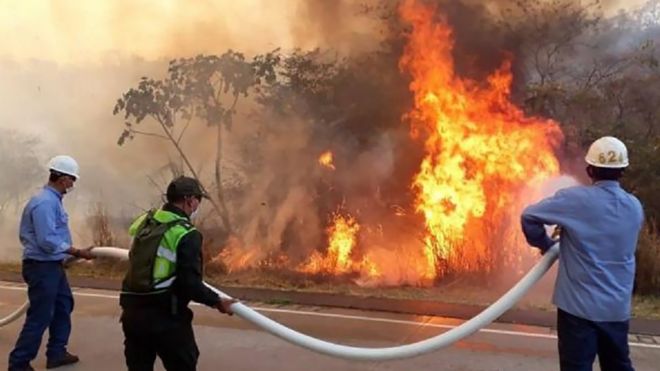 Authorities in Santa Cruz described the fire in the Bolivia area as "departmental catastrophe". In Peru last month, 98 forest fires were reported.

German Chancellor Angela Merkel (L) and British Prime Minister Boris Johnson arrive for a press conference at the Chancellery in Berlin.Johnson visits Berlin to kick off a marathon of tense talks with key European and international leaders