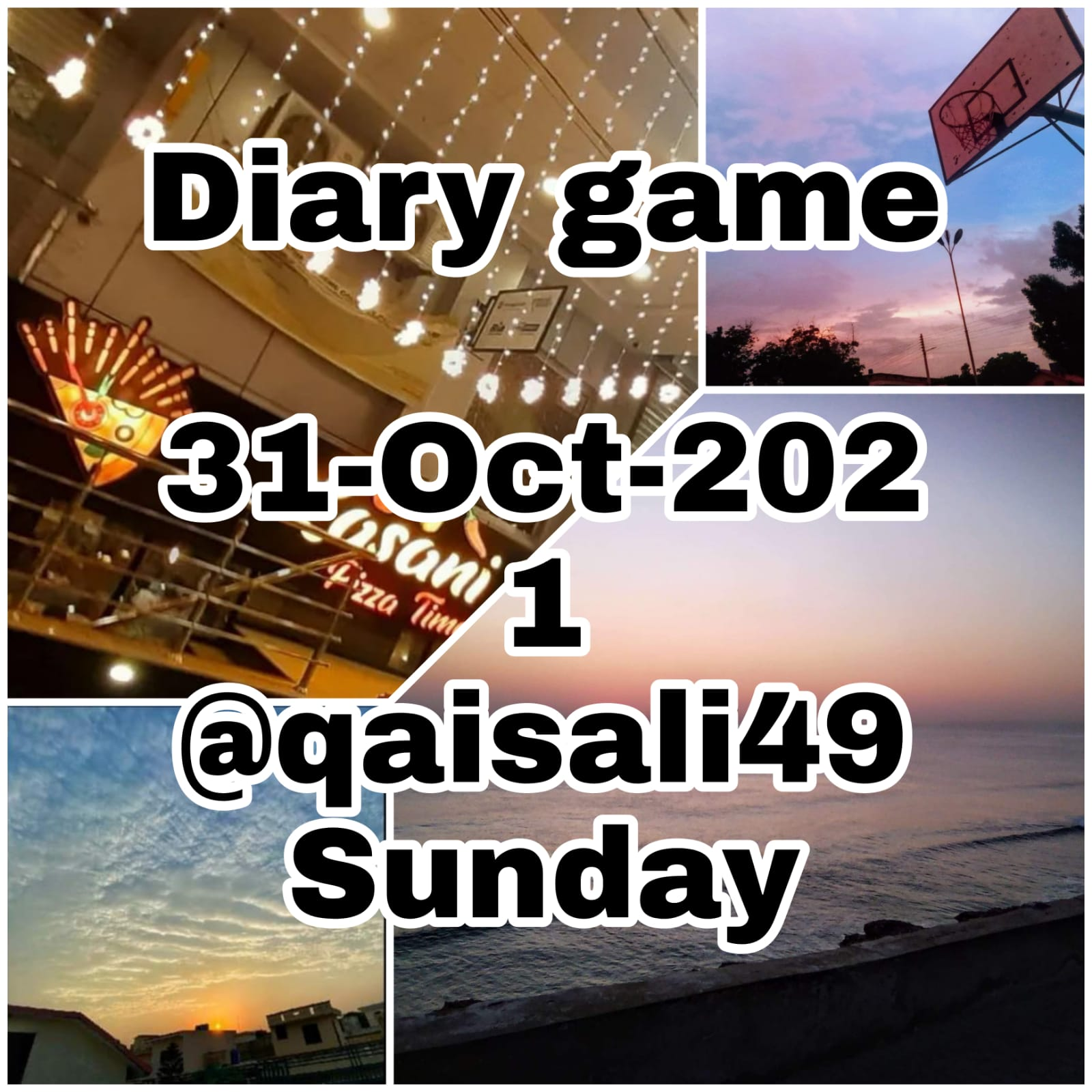 I hope you all are doing good. I pray to Allah Al Mighty that everyone around the globe stays in the best of health and all the problems get solved.
So to begin with I want to say that happy Sunday to you all. Today was Sunday so It was an off day from work, so I slept for a couple of hours more than the routine and I wanted to relax a little bit. Talking about relaxation let's begin with my day...

I woke up at around 10 A.M and had my breakfast at around 11 . Yes yes, you can say that I am a little bit lazy but it was a Sunday so everyone has a cheat day I have Sunday as my cheat day. So as I had my breakfast my sister told me that she wanted to do some shopping and requested me to take her to the malls, I hesitated at first because I wanted to relax and wanted to watch some youtube videos on my cozy bed but after some hesitation, I decided to take her to the malls.

I took her to Saddar bazaar but I stayed in the car and she went for her shopping . While she was in there selecting clothes, I was in the car listening to some music and side by side talking to my friend . We were planning to sit together in the evening and have a little bit of chat for some good vibes.

So my sister was done with her shopping it was lunchtime so she said today's lunch is on me she gave me a treat after all .So we went to a beautiful place nearby called lasania . It was a very beautiful restaurant,and they had very well-organized waiters.SO me talking her shopping was worth it after all.

We had their special dish and boy it was delicious, we were satisfied by the expensive bill we paid because the food was worth every penny, but I didn't worry much because I didn't have to give pay a single rupee. It was a very awesome experience and we pledged to come here again in the future.

We left after having our meal and I dropped my sister at our house and I went to my friend's place from where I parked the car in the parking lot and we sat at the coffee lounge with very pleasant weather and good vibes to endure.

We were having a chit-chat about the matches of the T20 world cup, as Pakistan's position in this tournament is very strong, we were analyzing different players of Pakistan and other teams also and were predicting the teams in the semi-finals. After some time we decided to play some basketball and headed towards the basketball court.

The weather was very pleasant and it was very refreshing for us to play after a long time, it was a trip along memory lane. We played with the boys already playing there, they were very kind and they let us play with them . We were playing in two teams.

We were playing half court and played for a good hour. After playing we thanked the boys there for playing with us.

That is pretty much it because after playing we went to our homes and got some rest. I also want to say that I am new on this platform so I would love your support and God bless you all. I will keep bringing good content and thank you for stopping by to read my post I highly appreciate it.
Will see you soon!