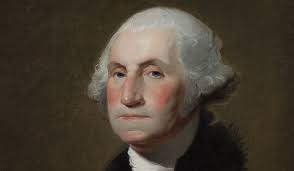 George Washington was born on February 22,1732,in Popes Creek,Colony of VIrginia,British America.He was an American political leader, military general, statesman, and Founding Father who served as the first President of the United States from 1789 to 1797.
He was an able administrator and a judge of talent and character, and he talked regularly with department heads to get their advice.He tolerated opposing views, despite fears that a democratic system would lead to political violence, and he conducted a smooth transition of power to his successor. He remained non-partisan throughout his presidency and opposed the divisiveness of political parties, but he favored a strong central government, was sympathetic to a Federalist form of government, and leery of the Republican opposition.