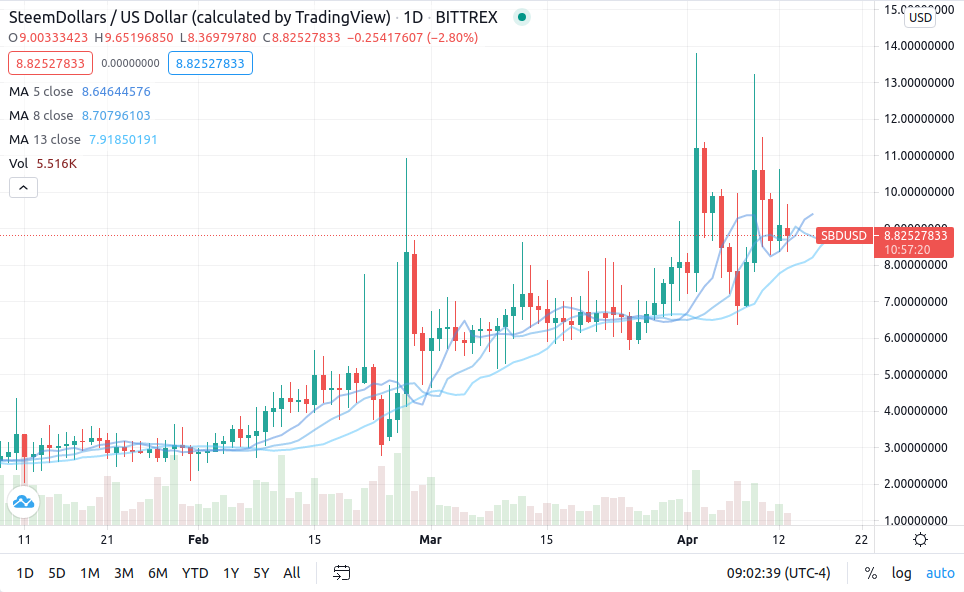 (Data by Bittrex, chart by TradingView)

Until early February, the SBD alligator appeared to be fast asleep motionless at around $ 3. Then he woke up and slowly climbs his way up for food until he reached nearly $ 5 in late February. Then after a short break in early March, the alligator moved up again to around $ 6.5 in mid-March. Finally he was full and fell asleep around $ 6.5 until the end of March. After that it awoke and climbed again quickly to hunt for prey to reach around $ 11 this early April.

This post was resteemed by @steemvote and received a 2.16% Upvote. Send 0.5 SBD or STEEM to @steemvote

Why i cann't visit your profile?

Yes.. I can't too using my android.. But no problem on desktop.. Maybe the picture in one of my posts is too large?

I think SBD will continue to hunt.

SBD price will stay at this price and #steem price will increase very soon.