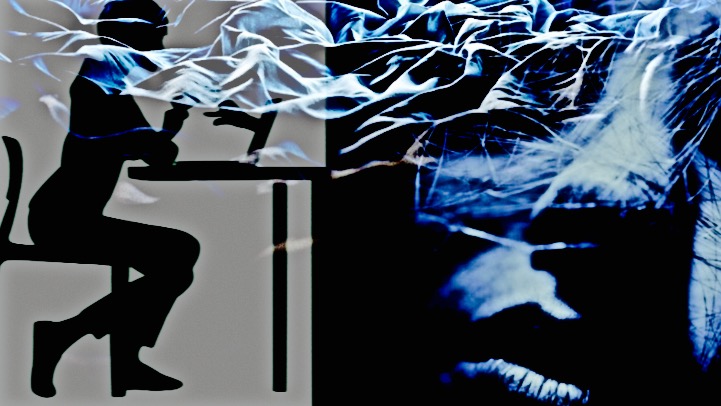 It was dinnertime. Stomachs grumbled but food would have to wait. They were soaked from the rain and needed to change first. Amy peeled off her coat and hung it on the back of a chair. It was far too wet to go in the closet. Her argyle sweater was damp through. Bara hung her own coat on another chair, crossed the room, and opened her closet. She pulled out the coat Courtney had given her and took in the size. Amy was taller but it would fit. Bara held out the coat and faked disgust.

“Ugh! Get a load of this. Courtney picked it out.”

Bara threw the coat on her bed. Amy picked it up and tried to return it.

“I can’t take your clothes.”

Amy stroked the soft wool. She did need a new coat.

Bara waved it off. “I’ll never wear it. It cost a bundle … probably. Courtney doesn’t buy anything unless it’s expensive. Someone should wear it. It’ll look great on you. I have half a dozen coats. It won’t be missed and it’s pink. Everyone but Courtney gets I don’t like pink. But you do. Take it. Please.”

Amy immediately hung up her new treasure. She smiled, feeling the soft wool one last time before closing the closet door. By far it would be the nicest thing in her wardrobe. Bara saw the pleasure she took in the gift and smiled too. They quickly finished changing. Bara was done first. Her book bag was on the bed. She crossed the room and sat down next to it. While Amy was distracted with her unruly hair, Bara reached in and took out the diary. Amy soon finished.

“I’m not that hungry,” Bara returned. “Could you just bring me back a sandwich?”

Amy crossed the room, took hold of the diary, and placed it on Bara’s desk. She pulled Bara up from the bed and pushed her out of the room. Amy turned out the light, closed the door, and locked it. Delicious smells wafted up from the dining hall below. Bara was reminded of her hunger and forgot, at least momentarily, about the diary. She and Amy followed their noses down the stairs and to the dining room.

A near-deafening cacophony of adolescent chatter greeted them. Most St. Cat residents were already at dinner. The huge dining hall was full to capacity. In a situation like this, they had their routine. Bara joined the food line. She’d get food for both of them. Amy would look for two seats together.

Bara could have lived at home. Her mother remained in what had once been the family residence, but Bara spent most of the school year in the dorms. Her parents had made the decision during the divorce. There’d been too much fighting. It was supposed to be a short-term fix, but once installed in a room with Amy, she’d wanted to stay. Life wasn’t perfect at St. Cat—Louise and Cassandra saw to that—but even with the terrible twins, school was relatively carefree. Bara could be happy, pretend things hadn’t changed. She could almost forget the divorce

There were two choices for dinner—pasta shells stuffed with spinach and cheese and chicken curry. Bara took an order of each. She and Amy would split the meals. Lemon meringue pie was for dessert. She grabbed three slices—an extra one for Colin—and went looking for Amy. 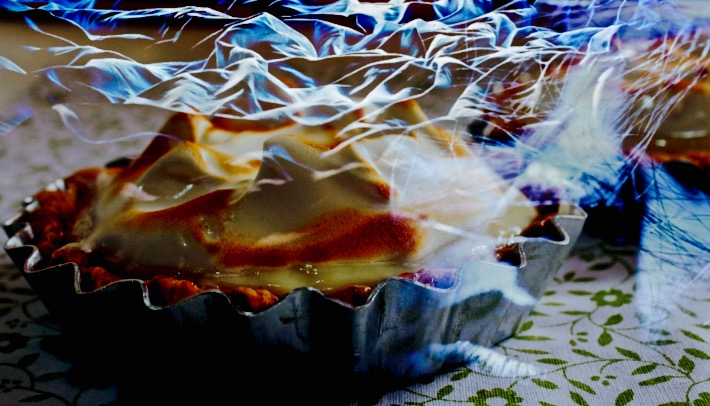 Finding two seats together had been a challenge. There was some space at the terrible twin’s table. Social suicide. Sitting with the Pops meant spending the entire meal at the mercy of their taunts. The only other option was at Patsy Pillanger’s table. She sat alone. Social Siberia was preferable to social suicide. Amy claimed two seats across from Patsy.

With no real friends, Patsy spent most of her time with books. Not taking her eyes from the page, she shoveled pasta into her mouth. Spinach fell onto a crisp page. She took no notice of Amy sitting across the table, but when Bara sat down with her overloaded tray, she looked up and smiled a very large smile, too large and too teethy to be attractive. Silver braces didn’t help matters, but the smile was genuine.

The lack of sleep from the night before was catching up to her, and Patsy was partly to blame. Bara had woken early from her dreams and gone to bed late because of Patsy. Patsy was in the room next door. It wasn’t unusual to be woken up by loud banging and odd smells. They’d run next door. There’d be Patsy, loopy as all, her current roommate cowering in the corner and looking for a chance to make a break for it. Den Mother had recently admitted defeat and allowed Patsy to bunk alone, but as it turned out, Patsy didn’t need an audience.

“What were you doing last night?” Bara asked.

“Calling on the spirits of the forest,” Patsy all but hollered. Her voice easily carried to the terrible twin’s table—with predictable results.

Pop entourage in tow, Cassandra and Louise stood up and sauntered over. Cassandra disliked Bara but she hated Patsy. Because Cassandra hated Patsy, Louise detested her.

“The spirits of the forest?” Cassandra taunted. “Is that why you smell like a dead toad?”

The entourage tittered. Bara had to admit. Cassandra had a point. Patsy didn’t smell bad exactly, just strange, musty and floral, like flowers left in a little too long in a vase.

“You know the difference between toads and spoiled princesses?” Patsy returned. “The warts are hidden on the inside.” Her eyes widened and she added mockingly, “but then I can see a wart now. It’s on your snout … oh no … it’s just a hideous zit.”

Cassandra’s hand flew to her nose. There was a blemish, a small one. She reacted as though it were a volcano ready to blow. She was sorely outmatched. Louise took over, giving Patsy—and Bara just because—a look that would have withered an oak tree.

“Yeah, Lou-Lou,” Cassandra agreed, her voice muffled behind her hand. “The smell’s getting to me.”

Louise took Cassandra’s free hand. Cassandra's other hand still hid the pimple. The terrible twins and the Pops returned to their table.

“Cas-Cas Banks and Lou-Lou Bellevue!” Patsy continued to mock. She’d placed a lot of emphasis on the rhyme. “But I’m surprised you can smell anything with that on your nose.”

The Pops glared, promising revenge. Bara and Amy ignored the threatening stares and returned to eating, but Patsy was still looking for some excitement.

“What a storm, hey!” she marveled. “Do you think we’ll lose power?”

Anxious to get back to her room and the diary, Bara shook her head and shoveled another fork-full into her mouth.

“I think the school has a backup generator,” Amy reassured.

“Yeah, that’s right,” Patsy said with a mouth full of spinach. “You know why they had to do that, don’t you?”

“There was a girl who died.” Patsy paused for another mouthful of food. “It was years ago, during a blackout.”

Amy and Bara didn’t respond. They were hoping Patsy would drop the subject. She was always telling shocking stories at the worse times. They were eating and didn’t feel up to a tale of blood and gore, death and mayhem. Patsy failed to read her audience. She continued on.

“The girl fell down the stairs. They found her in the morning with her neck broke”

She let her head loll to the side and her spinach-specked tongue hang out. Bara and Amy fought not to react. Patsy shrugged. She straightened up and pushed her finished meal aside. She reached for her pie. Amy bit.

Patsy’s dad was Windfall’s sheriff. The Pillangers weren’t wealthy. Her enrolment at St. Cat was a work benefit.

“The girl was in her nightgown. No one knows where she was going. Her roommate said she’d gotten out of bed and opened the window. Then she left. The roommate thought she was going to the can or something.” Patsy paused to gauge reaction. She wasn’t getting the response she wanted and added, “Spooky, hey?”

Bara and Amy exchanged a knowing look. They both concluded there was only one option open to them.

“It gives me shivers up my spine,” Amy added.

Patsy smiled with satisfaction and began to eat her dessert with gusto. It was a tragic move. Just as she was about to heap a rather large fork-full into her mouth, Louise and Cassandra, entourage in tow, passed the table. Louise made a great show of tripping. “Whoops!” she said loud enough for the entire hall to hear. She fell into Patsy and sent Patsy careening into her dessert. Patsy lifted her head. She had meringue on her face, clothes, and hair. There were the clicks of a dozen or so cameras. The humiliation would be online in short order.

Everyone but Amy and Bara laughed. The Pops, led by the terrible twins, quickly exited the room. Patsy didn’t say anything but wiped at her face with her sleeve. Amy handed her a napkin. She and Bara were embarrassed for her. Patsy was only subdued.

“I’m going to get those two,” she hissed under her breath.

Bara pushed a slice of pie across the table. “Here. Have one of these and don’t worry about the Pops. They’re total jerks.”

Patsy accepted the pie. Bara and Amy, still uncomfortable, rushed through the rest of their food. They shared a dessert and then left Patsy still eating and no doubt planning revenge.

Bara raced ahead and was first to reach the room. She had the remaining piece of pie in one hand and had to fiddle with her key to open the door. Amy had just crested the stairs and she was already inside. Odd? Amy had turned out the lights but everything was ablaze. And the curtains were open again. They flapped in the wind. The diary! Bara ran to her desk and threw down the pie. It slid half-off the plate and onto an unfinished Shakespeare essay.

Amy closed the door and joined her at the desk. She moved papers aside. There was no doubt. The diary definitely wasn’t there. “I left it here,” Amy said. “I know I did.”

Bara looked through the pile of papers one last time and then plopped herself down onto her bed in frustration. 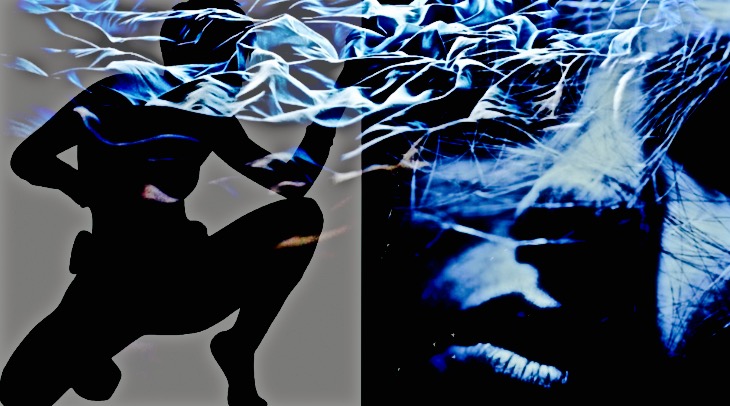 The Wisp and its sequel, the Tall Man, are available in digital and paperback here

Images are composites of photos found in the public domain or my own.

I really like this story @prydefoltz it is very good 😊
I see you have many books did you self publish them yourself?
I plan to buy one of them.

Thank you, May. Love hearing that. Yes, I am self-published. Very difficult to get an agent these days for a fiction and poetry writer:) Support is so appreciated:)

That was a very enjoyable chapter, thank you.