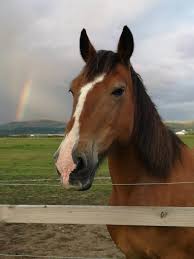 Am glad to share with you the little I know about horses and I really hope you would like it too. Let me give honor to who deserves it which includes the admin and moderators of this community (@belenguerra, @bright-obias, and @badsha1), much thanks to you all for your tirless effort to make this community a better one, I really appreciate your efforts.

Horses turn out to be really loving creatures and they really are a great sight to behold. And the fact that amazes me most about horses 🐎 is that Horses use their ears, eyes and nostrils to express their mood. They also communicate their feelings through facial expressions