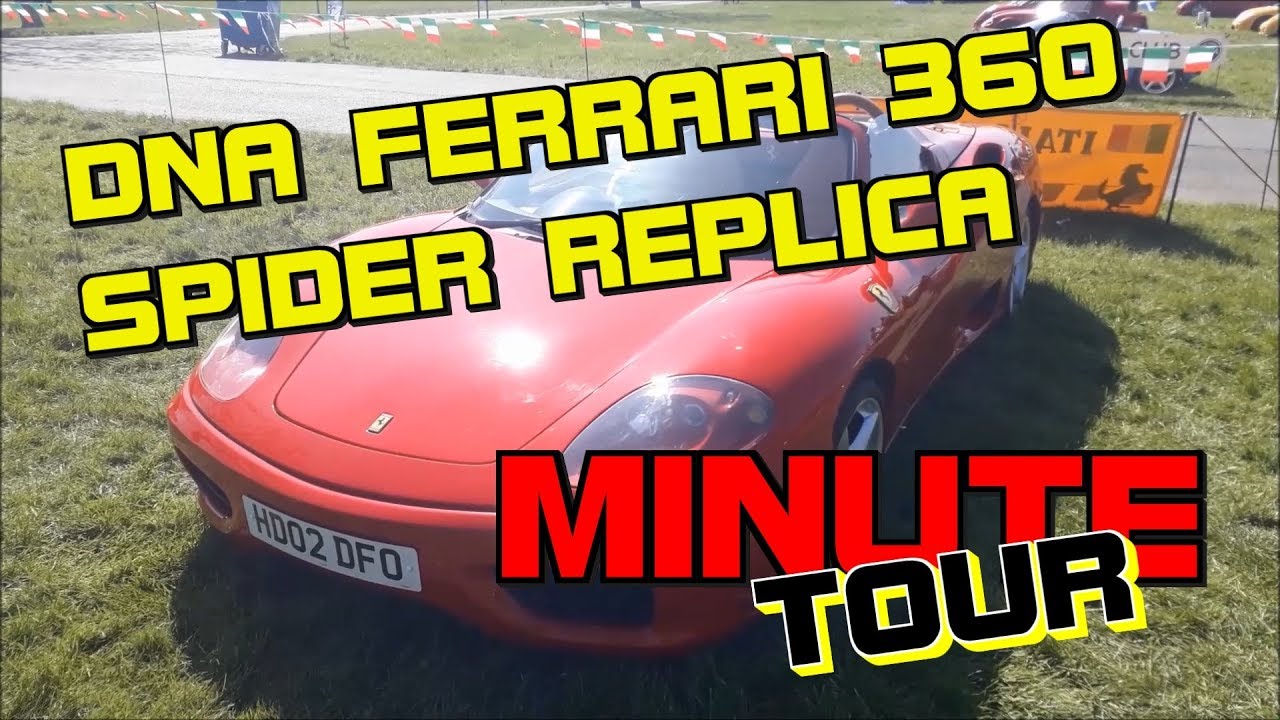 A quick look round a DNA Ferrari 360 Spider Replica, taking approximately 60 seconds or so.

In 2006 DNA released their first kit which was called the 3 Sixty, which was a replica of the Ferrari 360 and based on a Toyota MR2.

The company also offers models called the DN8 and 5 Cudo, which are based on the ford Cougar.

If you are the owner, or even if you know anything about this car, please feel free to drop a comment and offer up some details. I’d love to know more about it.