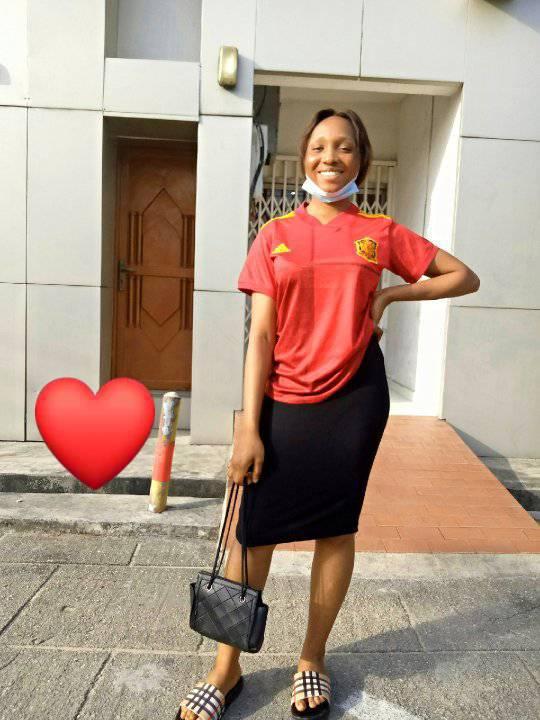 My roommate laughed me to scorn when I got home and told him about the plan I have with Chimamanda.
“So you saw Mmasinachi at the bank and instead of bracing up like man to collect her number you decided to send a strange girl after her. You’re the biggest joke of the century!” he continued laughing.

“You don’t understand; that Chimamanda girl is God sent. She seemed to know what she’s doing.”
“Is there an Adichie after her first name? Humour me, what is it about this Chimamanda girl that I don’t know? Is she the author of the love story, Americanah?”

“She’s a Psychology student: and trust me, no one knows people like Psychologists do. I had asked her if she could walk over to mmasinachi’s queue and get her phone number for me but she came up with a better plan.”
“So the better plan is for this Psycho of a girl from Psychology to stalk an innocent girl until she gets her info and send to you?”

“Haba, Obiora, stop sounding mean! The poor girl is just trying to help.”
“How much did you pay her?”

“Let me surprise you; I had offered to give her the amount she came to the bank to withdraw but she turned it down. I think she’s a nice girl that’s trying to help a brother out.”
“Don’t jump into conclusion until she comes through for you.”

On the eve of Valentine, my roommate was taunting me on how I had lost the bet when Chimamanda called me on the phone. On that evening, we were sitting at our small balcony at Hilltop when her call came in. The moment I picked, I put my phone on speak out expecting that she had gotten Mmasinachi’s number.

After a short pleasantry, what she said before she hung up got my roommate laughing. Obiora laughed that night like someone that inhaled Laughing Gas.

Instead of the phone number I told her to get for me, Chimamanda told me that she got Mmasinachi’s hostel and room number. She said she was known in her room at Bello Hall as Sylvia and not Mmasinachi. Then, in other to have her give me a chance, this strange girl from Psychology department suggested I package a Valentine hamper and have it sent to her room with a note that says I’m a secret admirer and if she wishes to know who I am she should come to so and so place. She said I should select a popular eatery inside school and have her meet me there on Valentine’s Day.

“Hahahahahah! Don’t tell me you’re planning to do that crap. I can’t believe that you, a conqueror of women, would be taking advice from a small girl. This is not Telemundo or Zeeworld, my friend.”
“You’re trying to discourage me because you’re afraid I would win the bet.”

“Win which bet? How can you win a bet I’ve already won? Let me spell it out for you; first, the name of the girl I made a bet with you for is Mmasinachi and not Sylvia or whatever it is she’s known with at Bello Hall. Second, you have to bring her here in less than a week and have her confirm to me that she’s in Pharmacy.”

“Being in Bello Hostel is confirmation enough that she’s in Pharmacy. You and I know that the majority of students that are in that hostel are Pharm. Students.”

“Tell that to the birds! Biko, start arranging my 10k, biko,” Obiora said…. To Be Continued.
I know a lot of questions had been thrown up in the course of writing this story from Episode one. What question(s) do you want answers to. Hopefully, it’ll be answered in the next Episode.