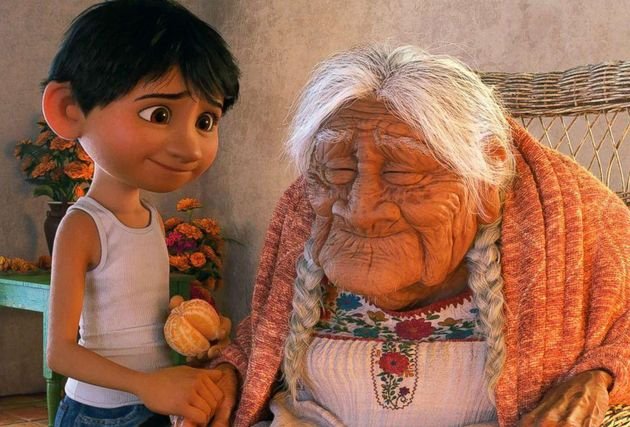 A bit of history

This is the story of a boy named Miguel who likes music, but his family for one reason took the music from his life. This comes from her great-great grandmother, that her husband left her to sing for the world, the woman had to stay with her little daughter, seeing that she had no more answer, she took the music from her life, she started making shoes to get her daughter forward, Family was growing just like the business.

But Miguel insisted challenge to his family, he wanted to sing in the square on the day of the dead, but he had no guitar, he ventured to the cemetery, borrowed the guitar of the Cross (his favorite singer and believes his great-grandfather), but when he took the guitar, led him to the threshold of death where he got with his dead family, to return home he must be blessed by his family, but the condition they placed was to abandon the music, to which Miguel refused to flee to find his great-grandfather who knew that if he would give his blessing he would support him because the family is to support himself.

It is an animated film, where the Mexican culture reflects us on the day of the dead, the failure of the Mexican houses is detailed very well, apart from the way it commemorates that day, that they place an altar the photos of their ancestors your favorite meal, just for the family to gather, since it is the only day that the dead can visit the living.
Although the film is called COCO, the main character of the story is Miguel, since Disney was not accepted to place the Day of the Dead for being an intrinsic culture, but Coco the great-grandmother of Miguel who leaves at the beginning of the story, the The fundamental role he plays in these stories is that the last person who remembers Miguel's great-grandfather, so he could meet him, because when he forgets it Coco disappears from the world of the dead.

In this animated film you show us a child who wants to fight for his dreams, but entering into controversy with his family, Miguel will have to decide what is more important if his dreams or family? Other things that this movie shows us as the song says that they put at the end of the movie “that what dies is what is forgotten” the dead feel the fear that their relatives forget them, this is the final death, as it goes from From generation to generation the stories they will be present in the earthly affective world.

That is why this day is important for Mexicans, because they share food with their ancestors at a table, they have a party for the joy they have that they will find what they are with the living.
This is a very nice story that shows us many teaching that children and adults can see. I would like you to give me your opinion of this movie, what you felt when you saw it ...