What’s Up With All Those Little 10% Downvotes? 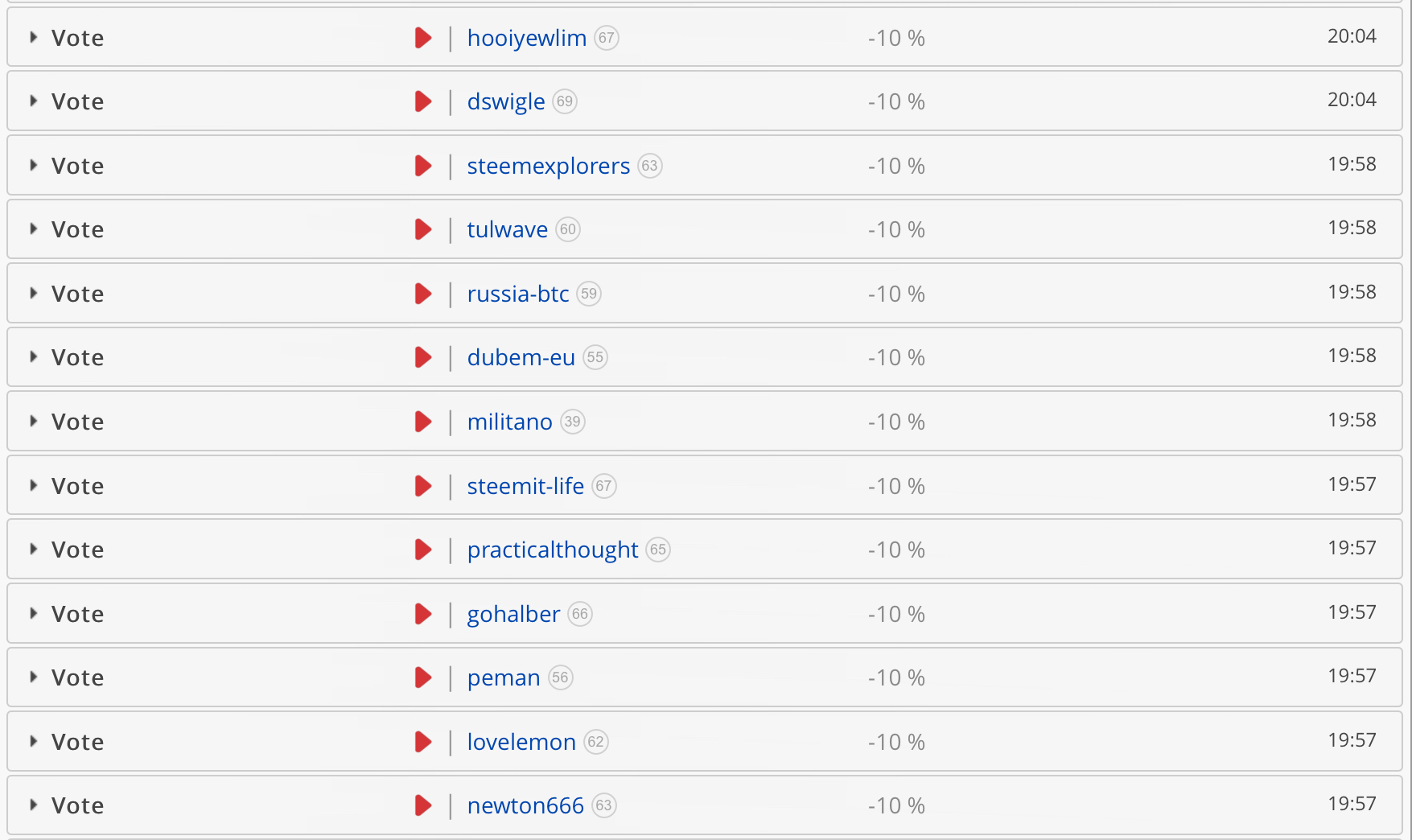 I get dinged with several little 10% downvotes on pretty much every post. And so do a bunch of other posters.

I certainly can’t complain. I firmly believe that people can use their downvoting strength however they want.

So I’m not complaining. Just confused. What is the point of these little downvotes? They all seem to be coming from tiny 15 SP accounts. Who then vote at 10%. So accomplish nothing. Even several of them downvoting the same post have no effect. Not even like mosquito bites. Barely even fleas.

I can at least understand why some bigger accounts revenge-downvote. Sure, it’s counterproductive. Yes, it’s antisocial and doomed to fail in the long run. But at least it’s semi-rational.

But the hundreds (thousands?) of teeny accounts shooting spitballs just doesn’t seem to make any sense to me.

What am I missing?

I don’t do Discord. Has this weird phenomenon been talked to death there?

I also get this, only in smaller quantities and I do not simplify the attention to this matter. I wish you a good Vespers and Happy New Year.

Are they bots? I get them too sometimes almost immediately after posting.

Maybe some people just want to watch the world burn.

Probably bots but I just checked a couple at random. One was 8 hours after a post, another a bit more than a day.

I noticed that they go at 5 in the morning.

That is kinda weird. At first, I thought it could be the SDL (Steemit Defence League).

Then, I realized those are more established accounts. I guess someone's got a downvote trail going?

Maybe @practicalthought could shed some light on this situation.

Can’t see who else it is besides Camille, who else would go to such lengths to create so little effect?

Either those people got their keys duped or SDL was a product of established Steemians all along.

I'm just saying it looks like a different flag trail.

They usually are connected to the SDL. Usually the wallet (like with my latest round) gives it away with a transfer to camillesteemer.

Ah, I see where I went wrong. lol

I misread the direction of the arrows and thought you were the issuers of downvotes.

I see them fairly often as well.

I sometimes wonder if it is some weird way to try and get some followers. However many of the accounts have never posted anything.

It’s very odd. And probably bots as some suggested.

I have no idea and don't get it either. I feel a bit sorry for whoever it is - so much effort for so little impact!

Your post was upvoted by @steem-ua, new Steem dApp, using UserAuthority for algorithmic post curation!
Your UA account score is currently 5.117 which ranks you at #1001 across all Steem accounts.
Your rank has not changed in the last three days.

In our last Algorithmic Curation Round, consisting of 86 contributions, your post is ranked at #45.

Ah yes this has been happening for a while now.
Seems like someone is testing out the Steem API with free accounts funded by Steemit Inc.

It is very strange though. Sometimes they behave like bots, and sometimes not. Looking at my account history, it looks like I haven't been hit by them in quite some time. It's almost like they're looking for people who will overreact to their nothing downvotes just to troll the network. When they don't get a reaction they move on to other users. Super weird.

Oh yeah @preparedwombat … it has been going on for quite some time and talked about a lot. I suspect that some of it is an attempt at phycological warfare to cause damage to the platform, by annoying enough smaller accounts to get confused,frustrated and bail...

One of our witnesses has uncovered a culprit here with over 2,000 ghost accounts which spread negativity...

If 'one' entity can accomplish the above without being squased, certainly it can be done by others.