From the Department of Full Disclosure 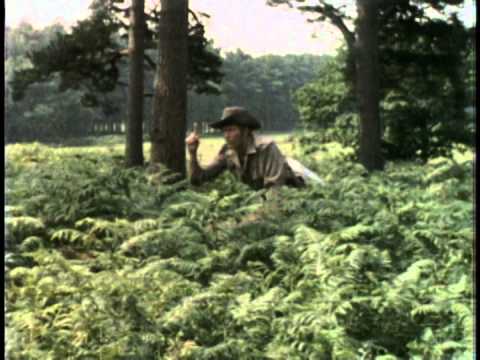 Actions have consequences. I get it.

newsteem with its “free” downvotes has had profound effects on the Steem blockchain’s ecosystem, most of them positive but some quite pernicious. Although free in terms of voting power, in other ways they can prove to be quite costly.

In my little corner of the blockchain, I chose to use some of my downvoting manna against Steemlandia’s Model Citizen. Not surprisingly, he opted to revenge downvote. But (probably naively) I failed to consider that my mosquito-sized downvotes would be countered by a disproportionate response:

On one level, this is not really a big deal. After all, I’m a mid-sized Dolphin. If SMT’s prove to be the game changer that I think they might be, I’ll do just fine. Other than my monthly “predict the price of Steem” contests (in which the winner got the post’s liquid rewards), I’ve lately refrained from self-voting. That said, I have nothing against earning a few quatloos here and there from my postings. Since our Model Citizen has been on a rampage, that’s been impossible to do with the exception of Steem-Engine tokens. So, from the Department of Full Disclosure, at least for a while, I’ll be self-voting to earn S-E tokens since Our Model Citizen seems to have no interest in S-E tokens so his downvotes have no effect on their distribution. So I’ll be using #creativecoin #steemleo #palnet #neoxian #marlians and other tags where appropriate.

So if some of you who’ve been upvoting me have a strong aversion to self-voting and want to choose to downvote me instead, I’m okay with that and won’t hold it against you.

As an aside, I was surprised to learn that I’m a Top 50 downvoter. Weird. I suppose it might be because, in addition to the sporadic manual downvoting I do, I use SteemAuto to follow the downvoting trails of @curangel, @ocdb, and @slobberchops, lazy bastard that I am.

Not that I always agree with their downvotes. For instance, in the case of @ocdb, @felt.buzz said it better than I can (my cognitive dissonance compounded by the facts that I delegate to @ocdb and that I recently got a large upvote from the account).

Anyway, I just want to be upfront about what I’m doing for now and why.

As a very smart Steem investor once told me: Do as you wish with your investment resources. No one should be making decisions about that but you. Sounds to me like you’re doing the right thing, especially given the circumstances.

tipu
🎁 Hi @preparedwombat! You have received 0.1 STEEM tip from @jayna!

@jayna wrote lately about: Breezy, Busy Fall Day - Actifit: October 6 2019 Feel free to follow @jayna if you like it :)

Your post was upvoted by @steem-ua, new Steem dApp, using UserAuthority for algorithmic post curation!
Your UA account score is currently 5.117 which ranks you at #1001 across all Steem accounts.
Your rank has not changed in the last three days.

In our last Algorithmic Curation Round, consisting of 100 contributions, your post is ranked at #38.

Dam, I just noticed that your payout on this post has been "zeroed" out, as well as your previous posts. I see that @haejin and his crew are still active... this time stopping others from getting rewards when he was the king of jacking and raping Steem!!
Hang in there, it won't last, he gets attacked from too many different directions that he will eventually focus on someone else, I have seen it before.
Hopefully re-steeming this will at least put others on notice of this terrible abuse by this user.

Don’t lose hope. He can’t hit us all 😉 and when nothing he does matters, as its all countered, he will crawl back into his moms basement.

He’s a short-term thinker. I’ll be here ten years from now, when he’s a distant memory. Oh yeah, that guy.

he will crawl back into his moms basement

How can he do that when he never left it in the first place?

Funny, that's exactly the image I have of haejin... a petulant teenager in waiting: even if he is a grown man, his emotional age seems to be stuck around the 10-12 range.

I can't do much to heal your loss here, but glad to see you've got lots of alt coins in rewards.

It's actually hilarious seeing haejin losing this battle - there's nothing he can do other than lash out. Maybe this will be the tipping point that leads him into the counselling he so obviously needs. All that selfishness and hate, it must be a shitty existence!

I've just joined two of those trails, I might have to add myself onto slobberchop's too as my DV power still seems quite robust.