Who caused a panic in the Dragon's Great War, a ban on flying pigeons 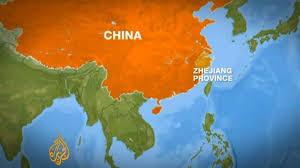 The 70th anniversary of communist rule is the 70th anniversary of the founding of the People's Republic of China. This uneasiness of China is not unnecessary. In fact, on Tuesday, when China is celebrating, then in Hong Kong, there will be a demonstration of its communist rule and the power of the army, the same slogans will be raised against it. The world must have been praising the communist in China on the one hand and protesting against it on the other. This contradictory picture will be seen together..

What is the worry of the dragon

- This protest of Hong Kong in support of democracy has been going on for the last several months. Dragon is fearing that if Hong Kong becomes the focus of international media, its entire preparation will be washed away. The apprehension is more strong because democracy has been in demand in Hong Kong for a long time. If this happens, then China and its Communist Party will have a lot of disrepute in the international world. It will be condemned.

-China's concern is to avoid this scandal at international level. America has already given strict advice to Pakistan spreading false rumors of human rights violation in Kashmir. The US has bluntly asked Pakistan to regret the illegal detention of Muslims in China. America's gesture is a big message for China. In such a situation, any military action on Hong Kong can be costly for China.

-He is not able to do anything against Hong Kong's performance. He is helpless. It cannot use military force against this movement. Knowing that this demonstration is for democracy against communist rule.

Ban on flying pigeons and kite

China's strong fortifications have been done for security reasons. The Chinese government fears that some people may commit a nuisance under the cover of Hong Kong's Umbrella Movement. Therefore, the government has banned live entertainment venues, kite flying, sky lanterns and even flying pigeons. Many apartments have been evacuated here. Along with this, Beijing, the capital of China, is decorated as a bride.

Uygur Muslim cause for concern in China

The Chinese government has repeatedly targeted the Uygur Muslims. There has been condemnation of the Communist government over the Uygur Muslims for the crime. Many countries including the US have condemned it. Let us know that China has been kept in detention camps for Uygurs. All their religious freedom is banned here. Uygurs are prohibited from keeping beards and even performing religious rituals. However, China has denied these allegations.