CHRISTIAN LIFE IN THE VILLAGES – AFRICA EXAMPLE (Part one). 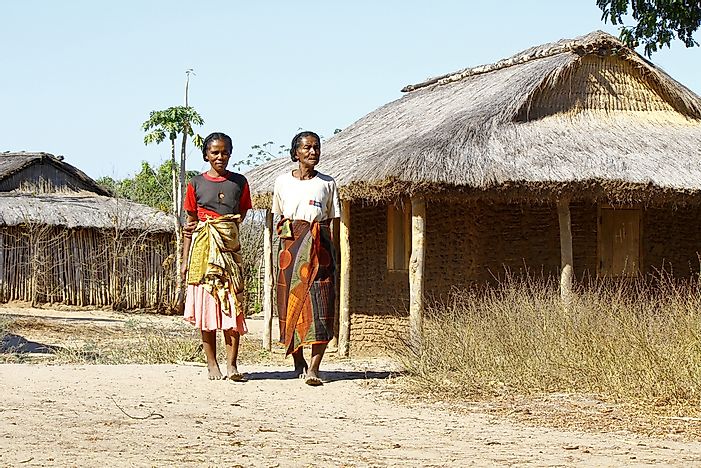 CHRISTIAN LIFE IN THE VILLAGES – AFRICA EXAMPLE (Part one).

Villages are the product of a few couples. A village may be the product of a man and his wife or few men and their wives who left their original place of abode to another land where virtually nobody was living. They cleared the bush and built a make shift houses. They began to make children and multiplied.

When the population of the village began to increase, some of their young men and or woman begin to to the cities to look for better lives. These people though live in the cities; build their own homes in their villages and retire home at old age.
Having extended system, they not afford not to visit their parents, kith and kin.

The villages are governed by family and village heads. There are also priests and chief priests of the gods of the lands. The man who founded the village from the onset made covenants with the supposed ancestral spirits in the land he wanted to live in. This covenant is binding on all his offspring who eventually make up the village.

It should be known according to Christian belief that it is the devil the ancestors entered into covenant with. There are family gods and village gods. As the years come and go in the villages, the ancestors are being worshipped.

There are market days for every village. These market days were named after a god they worship and do their business with. The covenants are very diverse. In some, they will be forbidden to eat certain animals or reptiles as well.

Some forbid the marriage ceremonies of their children on certain days or months of the year. Some forbid their daughters from marrying to certain people from some villages.
There are certain sacrifices to be performed for those of marriageable age as well. You cannot build your house without rituals to the ancestors.
There are diverse regulations for different things done in the village or by the individuals of the families.

There are sacred trees, cows, goats, bushes, which the people must be careful to avoid or even worship.

The covenants may also include some people being set aside as being dedicated to the gods of the land and so they are said to be second class citizens. In most cases, those people are the offspring of a man and woman brought to the village as slaves and dedicated to the gods.

As the villages progressed from their first years, the made rules regulations, customs, which were aimed at appeasing the supposed gods of the land. The family heads, village heads and the elders are made custodians of them. They make sure that everyone adheres to all of them.

It is very difficult to make changes even when the previous elders are dead and the leadership fall into the hands of new elders. They will say that it will not be during their tenure that the land would be defiled. They will resist any change no matter how morally sound it appeared. They will use every idolatrous means to intimidate any person or group of persons who advocate changes.

Nothing will ever happen in the village without the approval of the elders. They hardly if ever approve anything that has an iota of thing against the customs of the land or the so called gods of the land.

Disobedience to any of the customs and regulations of the land is met with severe punishments. This includes cessation of landed properties; imposition of fines, or prescribed sacrifice to appease the gods of the land, and they can also be ostracized.

When a person is ostracized, in most cases it includes the following:

i. Nobody will greet you or be greeted by you.
ii. The community shall have no dealings or relationships with you.
iii. You will not be allowed to visit any member of the village.
iv. In extreme cases, you may not be allowed to farm in the community land,
v. They may confiscate your land and your crop yielding trees.

In addition to all of the above, there is great envy and greed that control the villages. Some people hate seeing their kinsmen progressing. These lead to murder through various diabolic means.

Most people are lazy in the village doing no tangible work for a living. They are known to love and drink alcohol all the time and create problems in the villages.

They promote idolatry in the villages, as this will make them have plenty to eat and drink from the items of sacrifice and ceremonies.

Many hamlets in Africa and elsewhere are in thick darkness without the light of the gospel of light. These and many more account for the high level of poverty and under development in Africa from my perspective.

Many a preachers concentrate their missionary work in the mega cities. Who will reach these unreached in these hinterlands? Who will go to the riverine areas with the light of the gospel? Let us discuss more of this in the next post.