Trump's a big liar about many things but regarding Saudi Arabia, he's wide open. 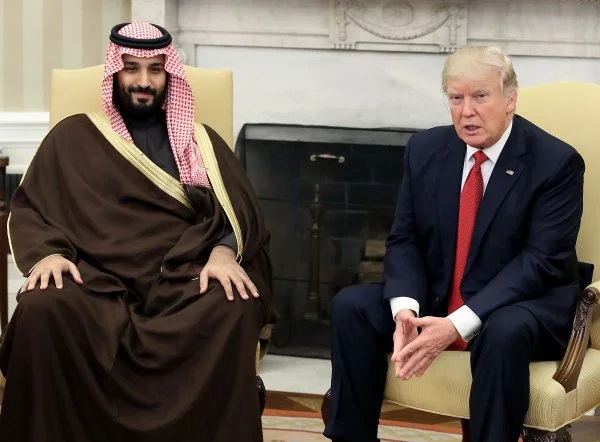 Trump, a man who can't help but tell the truth about politics and everybody seems to think this is unprecedented. I for one am glad that he's stupid enough to outright admit things like "we don't care that Saudi Arabia murders journalists, we make too much money selling them weapons."

Not because he's an honest person, but because his moral compass is so deeply skewed that he literally doesn't see anything wrong with it and thus doesn't feel any need to lie. At least we can see in plain sight our alliance with the Saudis for exactly what it is.

Bush or Obama or Clinton or any other normal establishment President would've just made some ambiguous statement about how we're carefully investigating what happened, talked about how much murdering journalists is completely unacceptable, given speeches emphasizing the need for democratization in the Middle East... and then they would've turned around and done exactly the same thing Trump did, except no one would notice or care.

If enough people cared enough to start putting pressure on their Congressmen and Senators, to the point where they actually changed policy on Saudi Arabia, then we're getting somewhere.

Remember, no country in the history of the world ever amassed great wealth through solely legitimate and ethical means and I don't know why anyone would think United States would be the first to do so.

Some people, not exclusive to Trumpkins see it all as a business. Their moral compass skews left of centre because it is focused on business. They don't see anything wrong with their actions because that's pretty much the way the businesses of the world work.

Until people at large are willing to give up wealth and comfort to be more ethical, the world will continue to be as it is, unlikely to be different.