How to fail 4th grade arithmetic on live TV. 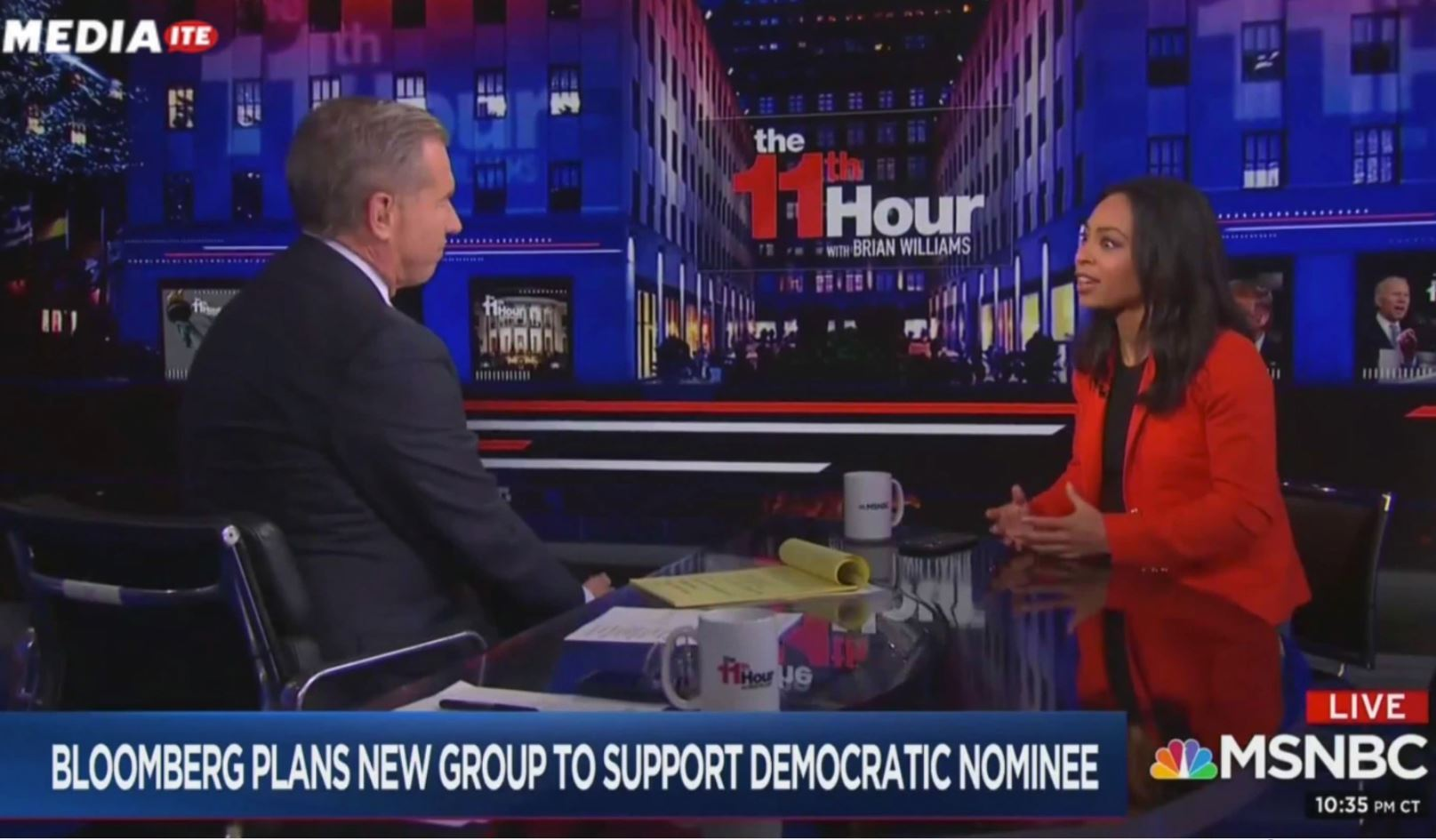 "He could have given each American $1 million and have had lunch money left over."

Brian Williams says "It's an incredible way of putting it." Yes, as in "not credible." $500 million is about $1.52 per American. That is to say, Bloomberg could have bought every American a large coffee, as long as he got it at a gas station, not at Starbucks.

To give every American $1 million would require have $327 trillion dollars. That's over 16 years of annual U.S. GDP. Michael Bloomberg would have to be 5600 times wealthier than he is.

I think it's significant that people can blithely repeat such wildly ridiculous numbers without hesitating to question them. This is why they think it's so easy to tax the rich to pay for all their spending proposals; they literally have not the faintest idea of how far that wealth does not go in a country our size. Bloomberg's $58 billion, if distributed equally to each American, would give you about $178 dollars. That's not even a month's rent. It might be a car payment for a low price used car.