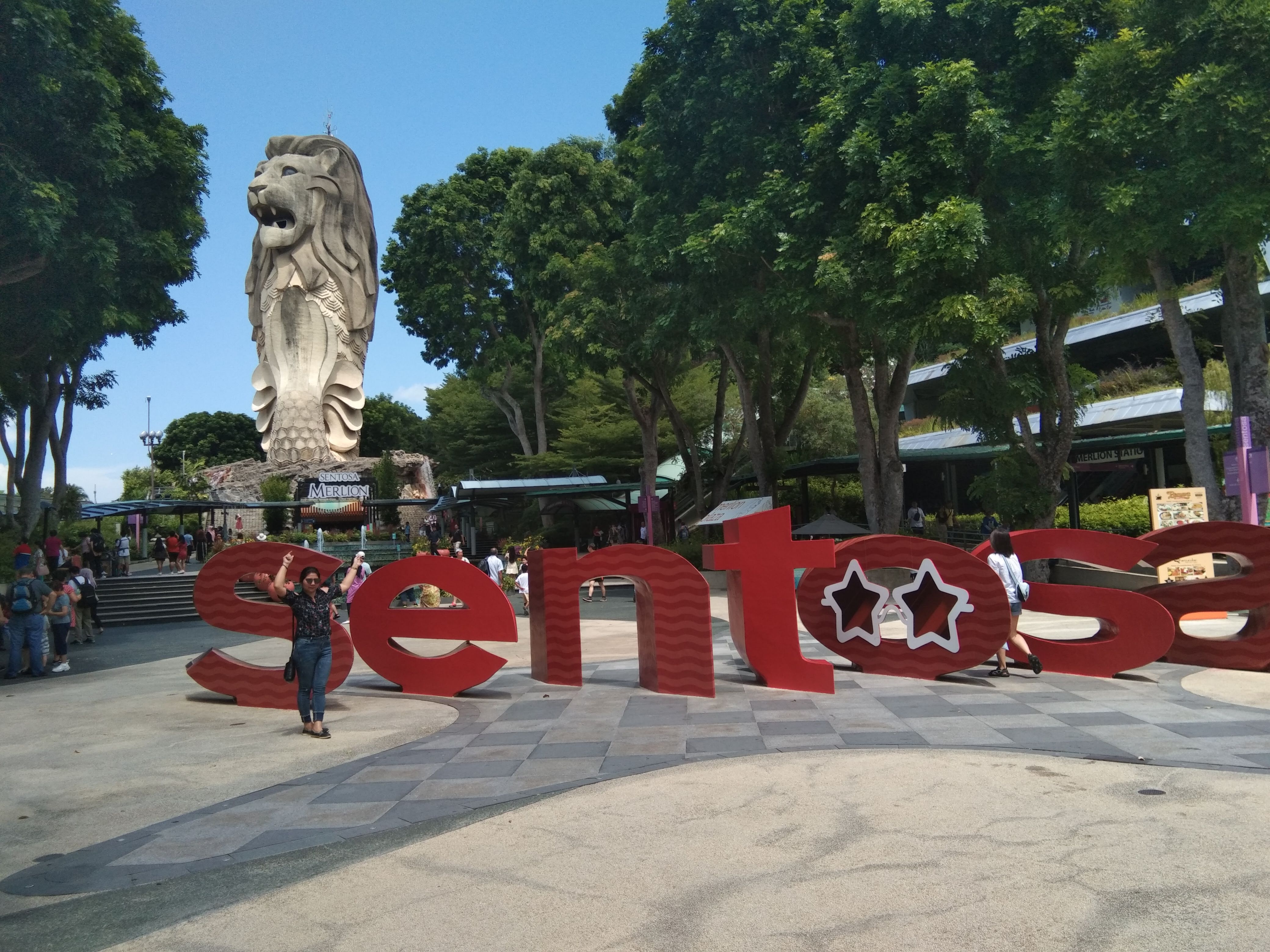 Hello Steemians! I hope you are having a good day today! I know it has been a while and let me share you things from our 3 day trip to Singapore last month.

I am going to share you what we did there and can give some tips in going to the futuristic city of Siapore.

e h had a three hour flight going to Singapore. It was our first time going in an out of the country trip with my parents since one of their dream is going to another country!! And thanks to Cebu Pacific for the Tatlowfare! I was included on the trip!!! I was excited and nervous because it was my first time going through immigration, and other things that involves going out of the country yet thankfully the immigration wasn't that hard since we are a family gointhere.

Arrivingng to Changi Terminal 4, we were welcomed by the red carpets. Hahahaaha, yes I didn't realize how life was easier with strollers and carpets combined. And then, immigration in Changi which I was very shocked because I din't notice the queue lines 😂 that made the officer told me to step back. Yet, it went smoothly and got our embarkation card after we had our fingerprints and phototaken.

It was mmidnight when we arrive there and public transportations are not operating already since it has to go maintanance and othetuffs.

So your ur option would be uber, grab taxi and shared airport transfer which would cost $9 by person and would take you to most hotels in the city. In our case, since we stayed in a friends house in a HBD part in Serangoon, we booked a car few days before our trip in Traveloka that costs us 1390 pesos (S$36) and took us to our place. It's expensive actually if you take uber/taxi in wee hours since they put 50% midnight surcharge in the meters of taxi and r/grab.

In the me morning, had our breakfast got our ezlink/netsflash pay for transportation from my Papa's friend. We topped it up for $10 but preferrably it would be higher than that but not exceeding $20.

So we ex experienced their effecient and comfortable transportation both buses anrains.

The expexperience made me want to have this on the Philippines. No traffics, no delayed, comprehensive and well-planned stations in the country. Hats off to the transportatioSingapore.

also note that the apaces between cars after cars are wide and not bumper to bumper so new to me 😂.

Also, green reen and clean! I haven't seen a big plastic wrapper at the street lingering in the street. There are few small wrappers, etc that I spotted but maybe disregarded because of time.

Also trees are more likely seen everywhere that shades us from the light.

Had expexperienced the cable car which was my Dad's dream. Had paid $15 from Merlion to Siloso Fort. From Harbourfront it would be $30 yet since I had the Singtel Tourist Sim Card it allowed me to have a free cable car ride in Sentosa Station (Got to write something abothat).

Also, ro roamed around Sentosa for a bit because we were lost but it was a bad and good lost. Got of lots to see ins and whereabouts also many tourists different countries and nationalities packed up in a small country. Very insting.

For lunclunch went to Chinatown, got to experience the famous TianTian chicken rice! Long queue yet it was good. Though my parents find it not so tasteful depending really on the tastebuds of the person but I find it good; rice was tasteful and chicken ender.

At nightight went to Orchard. The shopping capital of Sg. Got to see a lot of brands that I can't afford. Managed to see a store that sells chocolates for a lower price though and bought it for Pasalubong (gifts). We had a nice time watching the buskers which had plenty of money that time 😂 but they were really good especially Harith and been following him on instagram since then. Also went to Clark Quay and watched the river and nightlife and what people were doing there and how Singapore is for locals and rists.

So I'll ll post on the nex blog on what happened in the second and third day!!! See ya later ❤ Thanks for reading.