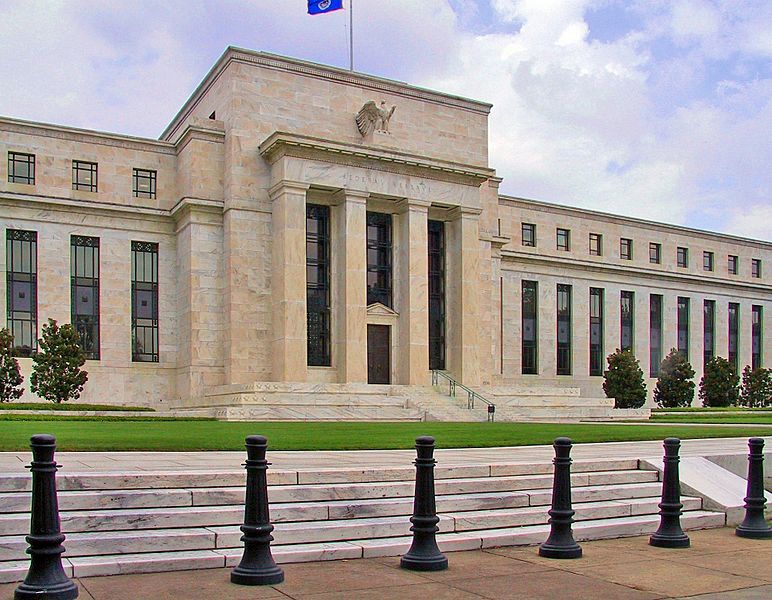 Rumors are swirling the Federal Reserve plans to cut interest rates in the United States in the immediate future. While many in the mainstream media complex are celebrating the news, the implications are disastrous for the future of America.

A Federal Reserve meeting will be held next week to determine the prognosis for a sick economy.

The Federal Open Market Committee most likely will cut by a quarter point, although there’s a small chance of a half-point reduction.

It’s almost a guarantee the Fed will not hold or raise rates. What’s likely is a cut in interest rates and this will only add to a disease brought on by cheap money lending and thus, borrowing by individuals. Of course, the increased disease will carry over then to the public sector. As a result, less jobs will be created over time and production will continue to wain.

A healthy economy needs savings and not consumption encouraged by failed policies and central planners.

As sad as this is for Americans and the world over as a result that will inevitably become poorer, cryptocurrency advocates will see gains as a consequence of further destruction of the U.S. Economy.

With more cheap money flooding the economy, the most intelligent individuals, capitalists, and savers will be looking for a hedge against an increasingly poor paradigm for society. As the boom / bust cycle perpetuates and further malinvestments are made, as Ludwig von Mises called them, banks and mismanaged corporations will again go bankrupt. The practice of lending cheap money to create demand for cheap imported goods and not producing goods in the U.S. is a serious problem for U.S. job creation.

Ludwig von Mises, one of the most important economist in history and a titan of The Austrian School of Economics. Creative Commons Attribution-Share Alike 3.0 Unported license. [Photo Credit: The Ludwig von Mises Institute]

Cryptocurrencies such as Bitcoin will continue to grow in popularity. While today, Bitcoin is considered the digital gold standard, it and other cryptocurrencies will also provide a hedge against the dollar that will invariably become less valuable in perpetuation.

Central planners employ an extremely high degree of time preference and use skewed statistics to fool the economic novice. It is up to economic scholars and individuals that enjoy economics and cryptocurrency to educate the masses.

Lower interest rates hurt savers. The people saving for the future will be again sought and relied upon to bailout failed banks and companies that misappropriate borrowed money based on lower interest rates. Socialized losses and privatized gains are not capitalism and only create a further spiral downward as a society.

Millennials will increasingly view cryptos as a safe-haven against the reckless policies of unelected officials in Washington, District of Columbia. Our only hope will be to create goods and services based in real money and not state decreed fiat that they can continually debase through a number of failed decrees. Free-markets will only thrive with private money as government swells and its rapacious appetite devours more GDP every year while also stifling it.

many ideas we need to address

Thank you, sir, for reading and commenting.