Update From Our Friend Ceci in Nicaragua 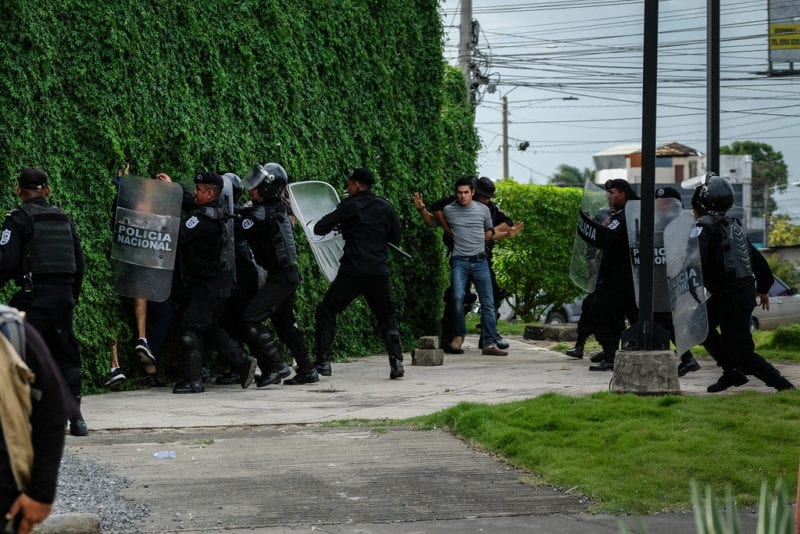 "No power for part of the day. No internet for most of the day and some one has sabotaged the water supplies in our area, so no potable water."

This was one of the messages I got from Ceci whilst talking to her on Discord. They have enough potable water, she said, to last until Monday, at which point they will have to go into town and buy bottled water.

"The tanks have water for bathing, laundry and dishes but I don't trust it for drinking. It smells off and have no where to test it to be sure. Better safe than sorry...so bottled water after Monday."

image from one of the links Ceci sent me at: https://havanatimes.org/features/police-repress-protests-in-several-cities-of-nicaragua/

"The water smells really funky, like the worst polluted river with a little chemical thrown in for good measure. I am hesitant to use it so we are boiling the water right now so that most of the bad bugs will be killed off, but the chemicals...who knows what they are. Smells a little like an herbicide like Roundup or Mecca crop. Those have been banned in Canada for decades. But where to first world countries send the crap they can no longer sell? Third world of course!"

From: https://havanatimes.org/interviews/a-pattern-of-executions-in-rural-areas-of-nicaragua/
" In the last two months there have been at least six violent deaths in the municipalities of El Cua and San Jose de Bocay, in Jinotega. Even in the municipality of Trojes, in the El Paraiso department of Honduras, where the exiled Francisco Sobalvarro, also known as “Berman,” was murdered. These killings, added to the recent deaths that occurred last week in Mozonte, Nueva Segovia, correspond to a pattern in which the main victims are peasants, ex-military, ex-contras and opponents of Daniel Ortega’s regime."

image from: https://havanatimes.org/opinion/balloons-scare-the-pants-off-the-rulers-in-nicaragua/ "The blue and white balloons, color of the Nicaraguan flag, are considered instruments of terrorism by the government of Daniel Ortega and Rosario Murillo. Thus, anybody caught blowing up or exhibiting balloons is subject to harassment and arrest."

Yes, they arrested five women for putting balloons outside one of their homes in Leon.

More from Ceci when I asked if they had any kind of filter to use in addition to the boiling:

"We can't get a hold of water filters here. Another commodity that is not allowed in to the country. Just like the parts I needed for my wind generators that they are still holding 2 years after the fact. I could probably get them released if I paid a very large bribe (more than $500) and paid another 100% duty on the parts. Not going to happen this week. We believe the sabotage happened outside our walls at night in an area where we don't have a clear line of sight.
I would love to have access to all the really cool things that are available to other homesteaders and preppers in other countries. Anything I would order is stopped at the border."

Things are getting worse for the everyday people in Nicaragua. Send them all the love and solidarity you can!