DPS #9 | Peter Gets Lazy on His Latest Bitcoin Post 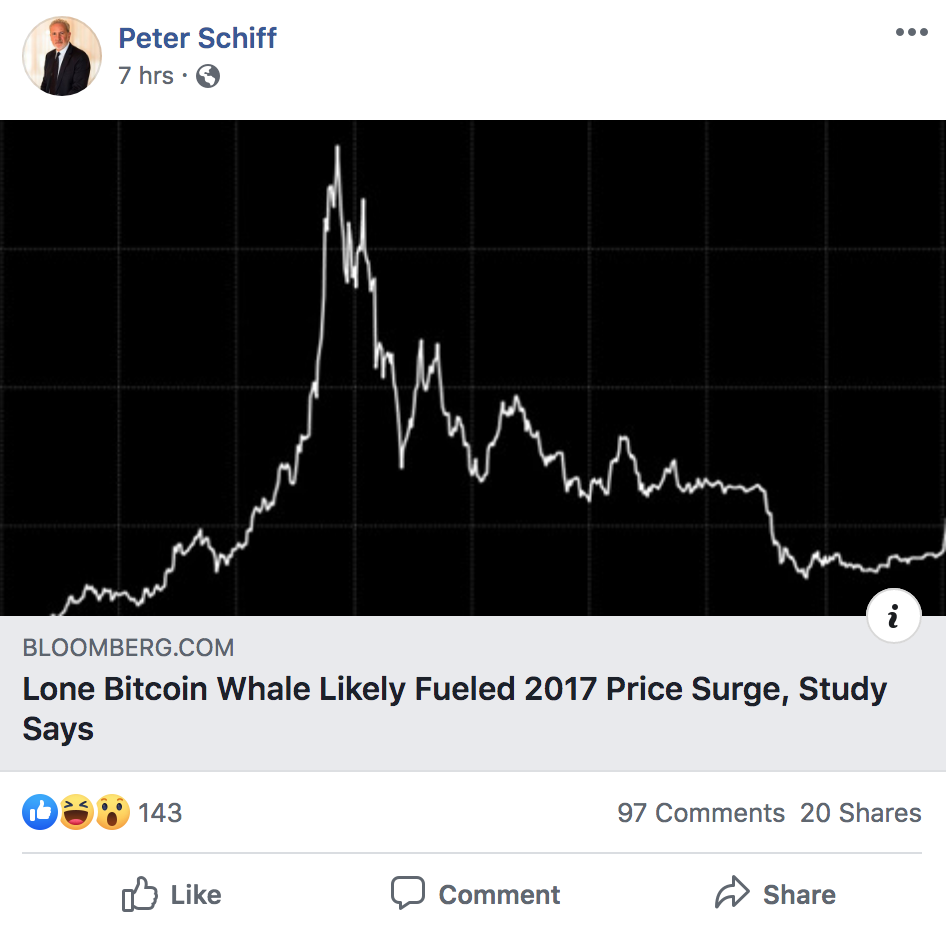 Peter got a little lazy on this one. He didn't even mention his usual anti-bitcoin propaganda on this article.

You know, I'm sure to an extent bitcoin could have been manipulated by Tether and Bitfinex. Small markets are always at that risk. But, we also know bitcoin will see huge gains every four years based on the halving cycle. So, this article is somewhat of a re-hash of this story that we saw in July of 2018, making the exact same claim. I'm almost certain that if they had any legit evidence, we probably would see Tether and/or Bitfinex shut down by now. Not to say that won't happen. What better way to to try to manipulate and kill the next bitcoin bull market after the 2020 halving than to save that news for right as the bull is getting started. Don't be surprised if something like that happens. But, remember in 2013, the news of The Silk Road shutting down and Ross Ulbrichts arrest did nothing short of causing the market to skyrocket. They don't seem to understand what they are dealing with. This is a real free market, and negative news will scare some people. But, when the pressure goes up after a halving, it's going to take a lot more negative news than what they've offered so far in Bitcoin's first 11 years.\

Until next time, this is Deflating Peter Schiff. Let's pop the #peterschiffbubble