And now to Introduce Myself 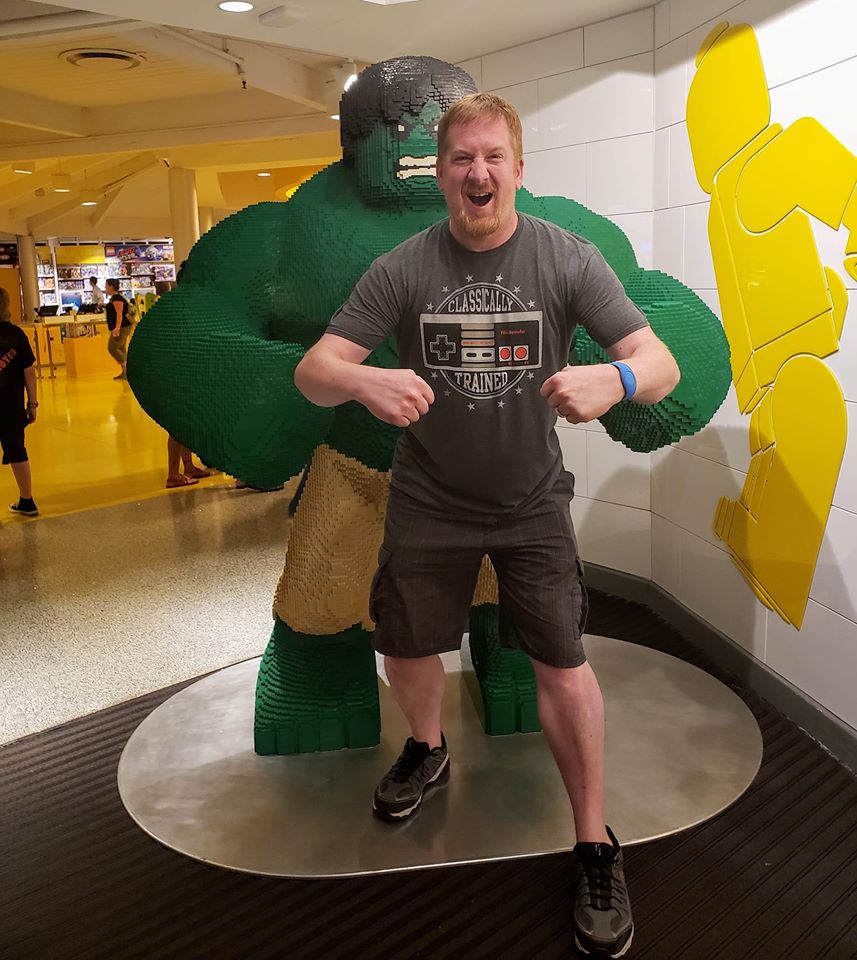 So in my goal to start a toy photography project I've been wanting to do some time, I was given the advice from the good folks at Team Ashen (go follow them @teamashen) to start posting here on SteemIt. So here's to my new year resolution, of creating things, and posting for people to see.

My name is Peter, and live in Chicago. Been a Lego fan for a long time, and always wanted to create my own city, but then when The Lego Movie came along, now everyone was doing it. But thanks to technology, camera phones, photo apps, and social media, there's not a better time to create things, share with other builders, and let the imagination flow.

So a lot of things that I post will generally be photo shoots of ideas, and use that to inspire me to thing bigger and better. Along the way, there will be action figures I will work with as well, mostly along the lines of wrestling and X-Men. And as a baseball fan, will probably throw up some random baseball pics, when the weather gets a little warmer.

So stop by, share your geek creativity, and let's have some fun.

Welcome peteopolis!
eSteem is mobile and desktop application that improves your experience on Steem.

Thank you very much! Glad to be here.

@blewitt is a fellow geek and runs a comic store, as well as being into all this stuff you mention. You should hook up with him.

Welcome to the STEEM blockchain.

@slobberchops funny you say that, as I got followed by @blewitt. Definitely gave him a follow back.

I love legos too. That Hulk was made out of LEGO bricks? Wow.

@joeyarnoldvn The Hulk is displayed at the Lego Store in Downtown Disney, in Florida. Thing is legit, and all Lego.

Welcome to Steem peteopolis! Partiko is officially the fastest and most popular mobile app for Steem. Unlike other Steem apps, we take 0% cut of your earnings! You can also be rewarded with Partiko Points while using Partiko and exchange Partiko Points for upvotes!

Hey peteopolis! If you would like to make your personal feed contain the top trending media and talking points of the whole internet, consider following @coffeebreak and @topicstoday accounts - And welcome to Steem!

Welcome to Steem. There's no reason we should give up on toys as we get older. You need fun all through life. Enjoy Steem too.

@steevc I heard an interview with Seth Green once, saying what's the point of collecting toys, if you aren't going to play with them. No more keeping them in the box, I'm opening everything, and going to have a blast, no matter how close I am to getting my AARP card.

@peteopolis Hey Welcome here dear... Glad to see you here....
Upvoted you 100% !!!
Hope just like your #introduceyourself post your every post gets on top and you achieve your goal using steemit...
If you need any help or assistance feel free to tell me over steemchat...
I will be always there for you!!!!
Do view my profile and follow me to get one of the amazing valuable blogs on steemit!!!! Thanks=) @peteopolis

Welcome to Steem, and thanks for helping to grow the Lego community here.

@brickmanbrad I will try to do my best. Lego communities are the best ones.

Welcome to Steemit.
I love lego

@steemean I love Lego as well. More to come.

Goodday and Welcome to the great community of Steemit, Peter

YESS You are a new Steemian now!
I saw your #introduceyourself and its nice to meet you. We haven’t met before but that changes right now. Dont let all the replies and bots scare you.
Just comment if you get scared and i Will help out.
If you download the app Steemify for notifications you see what Will happen in your account.
Blogging, building and uplifting eachother is what steemit is and what its all about on this blockchain. The best part is that you could earn money to.

I love blogging, But always be carefull with all your passwords, Never give those up !!
https://goldvoice.club/steem/@brittandjosie/4-o-clocky-steem-keys-key-to-your-succes-so-secure-them

The Steemify App I use is great, it is available in the Appstore and free, go cheque it out. Or read this blog
‪https://goldvoice.club/steem/@exyle/using-steemify-to-stay-up-to-date-about-the-blockchain-like-project-destiny-please-consider-blockbrothers-for-your-witness-vote‬
I wish you good luck with steeming and I Will See you around🍀
Good luck with your journey and may you find here what you are looking for.
Just remember that all good things come in good time and never giving up is THE key to big succes on Steemit.

Please vote for a witness to. You have 30 votes and if you dont understand let me know and i Will help. Also you could join the SteemTerminal Discord.
Or visit @heyhaveyamet #HHYA and My friend @xcountytravelers for more newbies exposure in the beginning very important.

Let me know if this was helpfull or you need more help, I am in Discord too @ brittandjosie3488
Greeting from the Netherlands
@ Brittandjosie
steemterminal discord invite
https://discord.gg/pxBj9b

@brittandjosie Thank you for the great information. I will definitely check all this out.

Welcome to the Steemit community @peteopolis!
We sincerely hope you find everything you are looking for and have found a new home here.

I found you because @xcountytravelers and @brittandjosie from @heyhaveyamet presented and promoted your publication to get more exposure and help you grow faster.

If you find yourself overwhelmed and need some guidance, or if you have any questions, there are informed Steemians available who can help you; you can click to go to the Steem Terminal in Discord here:

Have fun and happy Steeming!

@jamerussell Thank you for the helpful insight. Great info to have.

Welcome aboard!
Im sure you will find some good lego engagement here on this wonderful platform, as I have met a few lego enthusiasts along the way..
Enjoy your journey here.

@audiefaith Cool, I will look out for them.

Welcome to The Chain, @peteopolis. Sounds like there is no need to tell you to have fun. 😎