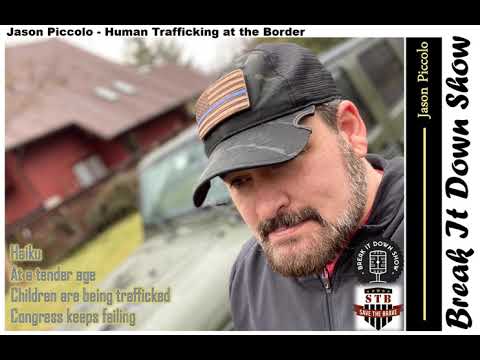 Jason Piccolo - Human Trafficking at the Border - Jason Piccolo joins Pete A Turner for his second visit to the show. Last time Jason and Pete talked about the realities of kids in cages, and the Border Patrol's struggling to handle the surge of immigrants crashing upon the border.

Jason breaks down the current situation in his latest book Out of the Shadows
For more on the US Border crisis, check out Jason's 1st episode

Jason explores how kids are being used as a means of getting across the border, with little if any regard for the children. These are often kids under 10 years old. The answers require congressional action, but that's not possible in today's bipartisan divide.

At a tender age
Children are being trafficked
Congress keeps failing