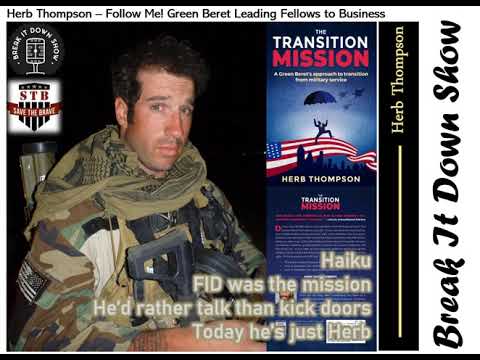 Herb Thompson – Follow Me! Green Beret Leading Fellows to Business - Herb Thompson is our kind of warrior. He's smart, fearless and confident. Now that he's retired from the Green Berets, he's several things: a consultant for Accenture, an ambassador for the Green Marine and founder of SF2Biz.

Pete A Turner hosts Herb in a conversation about what Green Berets actually do, how they survive and transition to the next thing. We've had a bunch of Green Berets on the show and Herb meets the standard with ease, you're gonna love him.