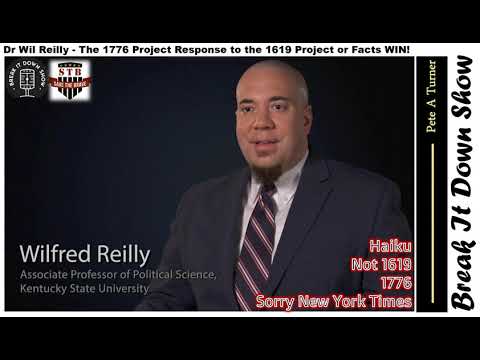 Dr Wil Reilly - The 1776 Project Response to the 1619 Project or Facts WIN! - Dr Wil Reilly from Kentucky State University joins Pete A Turner and Brooks Crenshaw to discuss the 1776 Project. In August of 2019, the NY Times led by Nikole Hannah-Jones created the 1619 project; an alternate narrative regarding the founding of the United States. From the 1619 project's launch, it met severe academic criticism.

This critique lead to a group of scholars focused on providing a narrative founded in research and scholarly work. This work less refutes the flawed 1619 work and focuses on celebrating the progress the US has made in delivering on its promise of equality, opportunity and the resilience of its people.