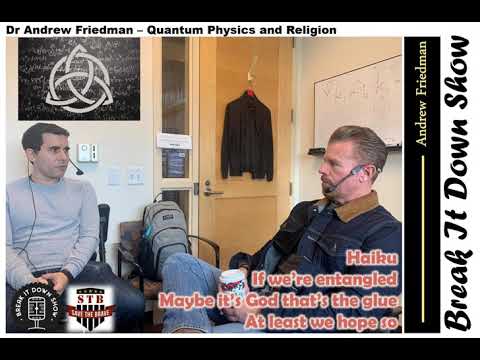 Dr Andrew Friedman – Quantum Physics and Religion - Andrew Friedman is BACK! Andrew joins Scott Huesing and Pete A Turner. In previous episodes with Dr. Andy, he's broken down quantum mechanics so that we might have bigger conversations. Dr. Friedman is a researcher at UCSD's center for Cosmology.

This episode attempts to explain where religion/god and science meet, converge and overlap. If you get chance, you need to watch Andy and his team's documentary on their Cosmic Bell Test on NOVA