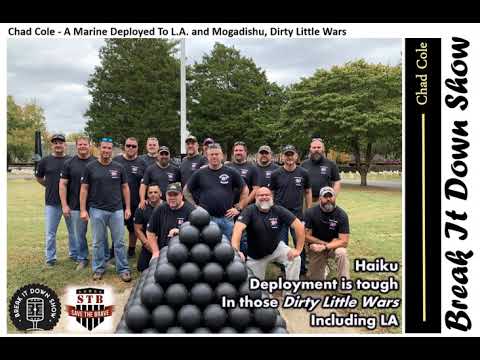 Pete A Turner and Pete Koch get together #ThePetes with Chad to discuss his experiences and his book “The Dirty Little Wars.” Chad tells talks about those deployments but also tells many other stories about life in the Marines. They get into the differences and similarities between being deployed abroad and domestically and how those unconventional deployments affected Chad's life.

Haiku
Deployment is tough
In those dirty little wars
Including LA