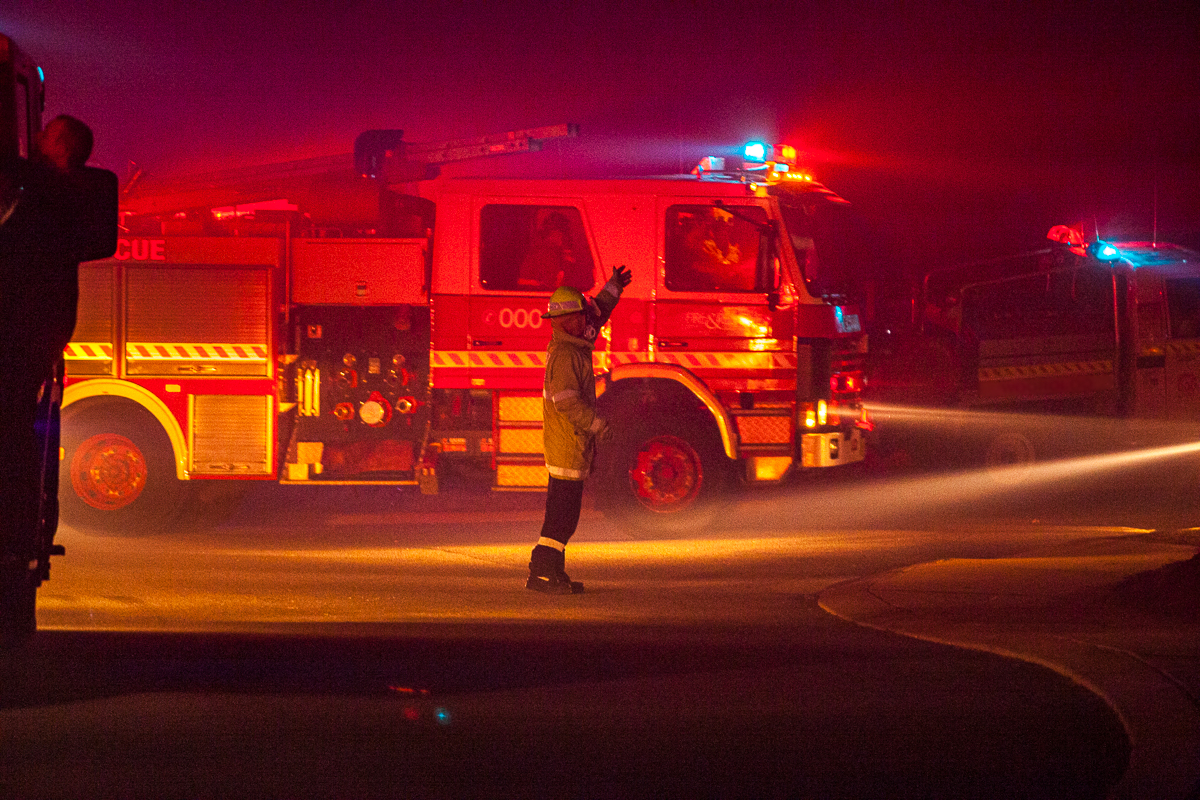 If you've seen the news lately you may have noticed that about 1/3rd of the east coast of Australia is either on fire, has been on fire or is about to be on fire. We're in the midst of an emergency that has never been as far spread as it is today.

A bit of background: Australia regularly has bushfires (wild fires I think is the term Americans use), we're one of the driest inhabited continents in the world, most years we have some bushfires and they are usually handled without loss of life or property. Some years we've had truly devastating fires where many lives have been lost. This "season" at least 20 people have lost their lives, 30 are unaccounted for in Victoria and several others are unaccounted for in a few of the other states.

There are more than 140 fires burning across New South Wales (where Sydney is), over 50 in Victoria, 20 in South Australia, 30+ in Queensland, Western Australia and Tasmania. Over 15 million acres have burned with more burning all the time. The smoke from the fires is visible from space and causing haze in New Zealand more than 1600kms away!

To put it in perspective, the California wildfires in 2018 burned less than 2 million acres. The main road between Western Australia and South Australia is currently cut off and there are towns where people can not get out.

For many years I covered weather, astronomical events and bushfires for a newspaper here in Australia, it really took a toll on me mentally and I had to stop for my own mental health. I can only imagine what the fire fighters are going through. I've posted a few of my photos from that period of time.

I have been making donations towards the recovery, support for the people affected as well as the volunteer fire fighters. Any funds that are raised with this post through your votes will be donated directly to the recovery as well.

I've purposely avoided political commentary about these fires, I'd prefer you did the same in the comments, I really am not in the mood for arguments and the such.

If you would like to donate towards the recovery, there are some options outlined here:

This is another case where your automated comment comes across as a little insensitive. I do appreciate you resteeming my post though.

Congratulations @pixresteemer, you successfuly trended the post shared by @paulmp!
@paulmp will receive 0.46115325 TRDO & @pixresteemer will get 0.30743550 TRDO curation in 3 Days from Post Created Date!

I know that bushfires happen every year in Australia but what is happening now is more like continental natural disaster, the scale of it is so huge.

It's amazing, almost miracles that lost of human life is so small, thanks to firefighters and their bravery.

It's in human nature to find someone to blame when horrible things happened, but I believe that we all are to blame for climate change.

Hope that this disaster will end soon, and Australia will rebuild and heal in time.

All the best to you @paulmp and your family friends and country.

While the changing climate is certainly a factor, the reality is that over 40% of these fires were lit by arsonists unfortunately. There are other factors involved too such as the fact that some of the bushfires are now generating their own micro-climate which is generating lightning and starting more bushfires.

Another major factor is that much of the land has been locked up, fire trails have overgrown and the land has not been managed properly, so there is over a decade of fuel on the ground, increasing the heat in the fires.

I'm not at all saying the climate has had no influence, it obviously has, but it isn't a major factor in these fires from what I understand the experts seem to be saying.

Thank you for your 100% upvote, it is much appreciated!

Thanks for that explanation @paulmp , here in UK news agency's have their own agenda. They never mentioned arsonists or government negligence ( Both equally shocking)🤬🤬🤬.
I do hope that this horrible bushfires will end soon.

Unfortunately there has been close to zero coverage of the arsonists here in Australia too, yet there have been numerous documented arrests for arson.

Hi Paul. Thanks for sharing your pictures and thoughts. I am very emotional thinking about the destruction that is happening in your beautiful country. It is good to have people that are there ask for help. For me I hear things and from my comfortable home I am not always moved to action. We are all in this together and I will help too.

Thank you! I've had a hard time processing some of the imagery coming through and an even harder time with the people who are trying to make it all political and use it to point score (both "sides" are guilty of this, not picking sides here).

I am always reminded to look for the best of humanity in times like these, try to find the positives, look to the helpers and do my best to contribute to them, not add more fuel to heated and pointless debates.

Hi @Paulmp - Great act of you talking about this horrible fires. I've read a number yesterday which said that over 500.000.000 animals died in the fires. That just makes me speechless and really sad. I've donated some money yesterday to an wildlife rescue time. I pray that the fires will be under control asap. Stay safe man!

Agree, no use arguing about how or why when the damage is done, support the people, animals wherever one is able.