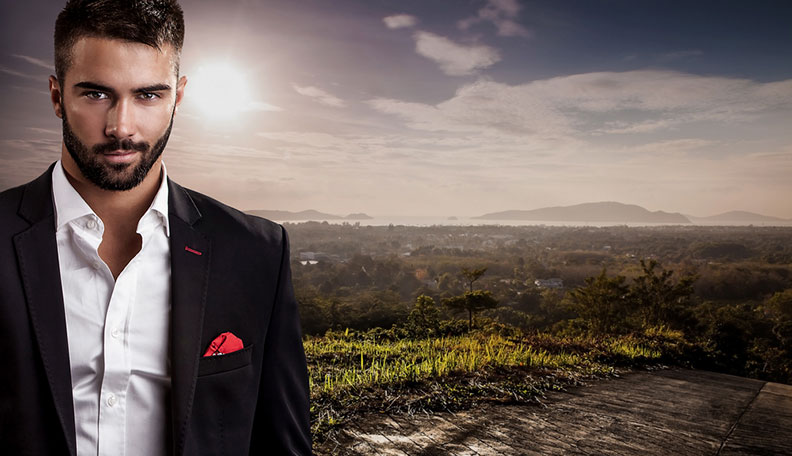 Until this time, I thought that the alpha male and the masculine male were used in the same sense. But when I read the resources for the article, I realized there were different things.

Some of the traits in the alpha male are genetic. There are some traits he carries from his family, even from his ancestors a few generations ago. In addition, the upbringing of the family is of great importance. To give an example; You come across individuals around you who consult their mother when making decisions, and who give information to their mother at a certain time in the evening, wherever they are. People of this style are neither alpha, beta, nor nova male. Their mothers have an influence on the relationships of such men, and their mothers have an influence on the color of their shirt.

A few ladies get tired of being with delicate men, people who cannot show their temperament, cannot show the course of events, and they look for masculine men. However, I will make you notice one point here; Masculine and alpha male are not the same thing. Because the alpha male never needs and does not need to continue cruelly. The alpha male has such a strange mindset: You understand that you have to be aware even in his grin, happiness, giggle at him. This is a subtext, a hidden message. You can understand this from his look, the words he expresses between the lines and the way he moves towards you. You say this person is an alpha.

Masculine men, on the other hand, are confused by definition, especially in our country. He is perceived as a man who exhibits such harsh behaviors, makes hard starts on the ground and tries to show his own character. This behavior is not alphabetic.

Another characteristic of the alpha male is his posture. When you look at it, it stands upright, its body language reveals itself and it is assertive. He draws attention to his speech, his speech to people. Some people do not like alpha men in daily life. Because they find him assertive and confuse this claim with arrogance. This man is very arrogant, very arrogant, they fall into the perception of what this man thinks he is.

The reason why they fall into this perception is that such people feel themselves crushed and inferior. They hate the alpha male because they know that they do not have or cannot have the same body language, the same aura, the same charisma as him. You can very clearly understand that this person, whom people especially muddy, is alpha. However, when you look at that person, you will see neither arrogance nor looking down.

Another tip on alpha males; It has principles and lines. It does not compromise on these matters. It has lines about business life, women, relationship principles. He is not willing to negotiate about these. He can never have the goal of stepping back in these matters. He sacrifices the relationship but doesn't sacrifice them. Generally, there are not many details about them. It is not about the size of the shorts the woman wears. For example, it becomes the subject of loyalty in the relationship, honesty, transparent behavior towards each other, avoiding unnecessary quarrels. He tells the points he pays attention to to his partner at the beginning of the relationship. "I am very serious about these issues, I can never come to extraordinary actions on these issues, I do not want you to do them, so please let us pay attention to each other," he explains.

Another feature is, you know, women like indirect messages more. "I am saying something, but you understand me, you understand my soul as a man." women in psychology. The man speaks directly. He usually gives his message directly. In particular, the alpha male has no hesitation in delivering his message directly. He tells clearly. “I want it that way. Please let's do it like this ”. His style is polite. Those who give orders and speak in the upper fret are masculine and macho. Alfa, on the other hand, pays attention to its style, but also gets it done. The alpha male says that it is important that it should be done and that he cannot compromise on some issues. It expresses it clearly and allows the other party to understand it.

It is nice and happy that the first article is from me. Thank you @shadervan and @okanbey for this community. I also think that @steemcurator01 will support this community.

Thank you for being part of our community and sharing your content here. Our curators are doing a hard work to reward greatest contents among many in the community. Focus on quality and Steem On!