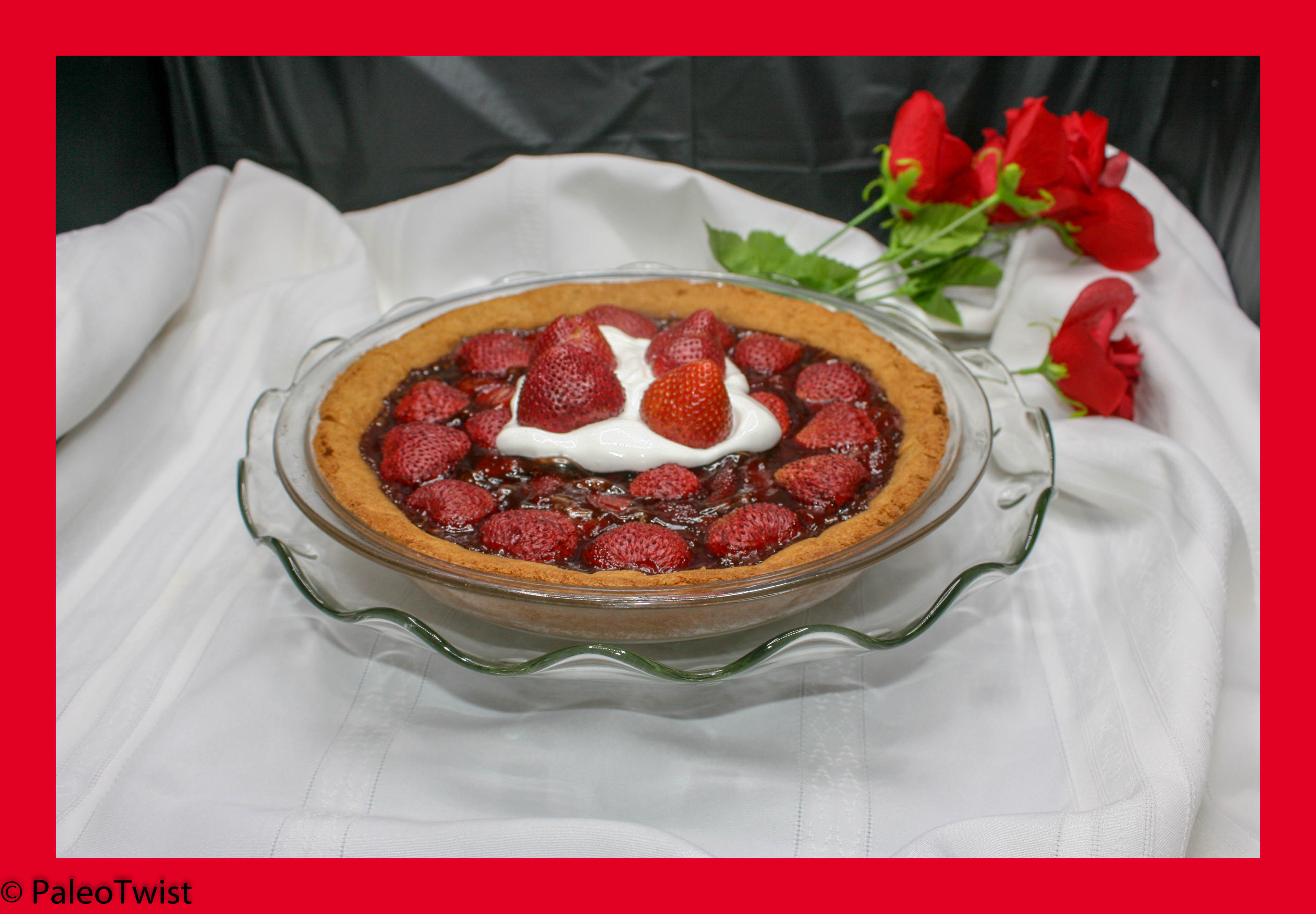 Hello my #fruitsandveggiesmonday chefs, it is that time again. Time to show off our creations for this week. Thanks to @lenasveganliving for creating this wonderful competition and thanks to her lovely host @plantstoplanks. Together they keep everything moving smoothly.

This weeks entry had me puzzled about what to prepare. My first idea fell by the wayside because I did not have enough almond flour. I didn't want to buy any because I ordered some online that would be delivered on Tuesday. So, I switched to something made from coconut flour. The next dilemma was finding a recipe that was paleo and vegan friendly with ingredients that I already had at home.

Finally, I came across a recipe that was paleo and vegan with a batter that was thick and spreadable. That is when I had a light bulb moment. I had two containers of strawberries that would go well with the cake recipe I found. I call it "Pie Over Cake", because I didn't know what else to call it.

What I was looking for was a dessert that combined cake and a pie filling, pie shell and all. This cake recipe has a batter that is thick which I could push up on the side of the pie dish to resemble a pie crust.

Here is the recipe I found for the cake. https://www.asaucykitchen.com/paleo-cake/

INSTRUCTIONS:
Preheat oven to 350°C/180°C. Lightly grease an 8inch round cake tin and set aside.
In a small bowl or mixing cup whisk together the coconut milk, coconut oil, vanilla extract and vinegar until combined. Set aside.
In a medium sized mixing bowl whisk together the coconut flour, tapioca flour, coconut sugar and baking soda until no lumps remain.
Pour the wet mixture into the dry and stir to combine. The cake batter will be very thick and look more like dough than typical batter. This is easiest to mix using your hands. Once fully combined transfer the batter/dough to your prepared pie dish.

Smooth out the dough evenly across the pie plate and up the sides to resemble a pie crust. Prepare the strawberries as a filling for the pie over cake by cooking the strawberries with a cup of coconut sugar, teaspoon of lemon juice, and two teaspoons of vanilla extract. I also added a teaspoon of arrowroot flour to thicken up the strawberry sauce.

Bake in an 350 degree oven for 30 minutes. Wait for the pie to cool completely before adding the whipped coconut cream.

When the pie over cake was finished, it did not cut like a slice of pie, I think I should have let it cool in the refrigerator for awhile. What I did cut, my husband ate and enjoyed very much. The cake portion was very good as was the strawberries. It wasn't too sweet, as some pie filings call for several cups of sugar, I only used one cup of coconut sugar. There was coconut sugar in the cake portion and maple syrup in the whipped coconut cream.

I ate a small portion later and boy, was it good. I think the next time I make it, I will add a pecan crumple to top the strawberries.

Until next week, Bon Appetit!!!

This looks like an excellent summer dessert! Oh those strawberries, so yummy! You're so right, too, many recipes use way too much sugar when the fruit itself can be so delicious without that much. An awesome crust, as well. So cool to see how with a little bit of searching and playing in the kitchen you can find ways to hit the Paleo and vegan spot! I bet that extra pecan crumble would be delicious, too, but I wouldn't mind a slice as is. ;)

Thank you. It was a hard job trying to find that recipe. I was afraid of trying the flax seed egg in a crust, but this turn out perfectly.

Thank you so much. I was pleased with the resuls.

You are most welcome my Dear 🍓😊🍓

I just love these kind of pies - so yummy

Thank you michelnilles, it is yummy.

Looking forward to another of your awesome submission for next week 👍

Thank you, I will try my best.