What Is The Essence Of Training In Sport? 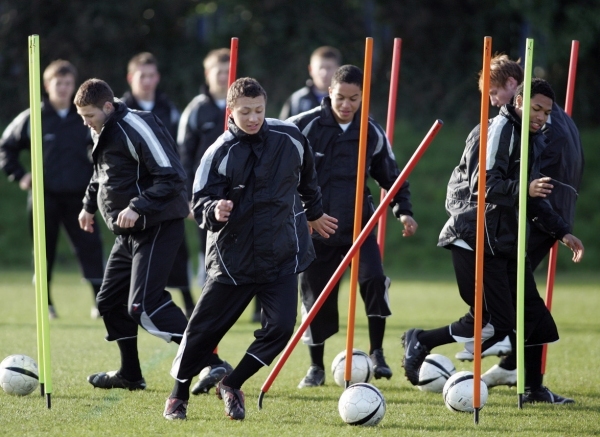 Despite all the fun that sport in general bring to us, it is full of rigorous activities just like education in Sparta where you have to train all day in other to get your body fit and to be in a better shape. Using football as a case today, we all enjoy watching our favourite players playing every weekend and most of the time, we do criticize them if they fail to lift up to our expectation. Players will train from Monday to Friday yo get their body fit for the Saturday and Sunday games and even before the game commences, they will also carryout what is called build up game where they allow their body system to charge but the question i have always ask myself is why do players train despite the fact that they are being talented. They still train themselves on how to take free kick, penalty kick. Many of the players even sustained injuries in the process to show how hard it is for them.

There are many footballers that we can actually regarded to as raw talent with the way the handle and move the ball and despite all the talent they have in kicking the ball, they still train so hard. Many at times we begins to wonder reason why they need to train. For example, Lionel Messi is a player that is well respected in the round leather game and with the kind of talent he has, i can boldly say he will still perform even if he choose not to train because it is innate in him. Although some players today find their way into the game not because they have the talent but because they learn how to play the game. Many players started from football academy where they teach them how to play the game, how to make move, where to take shot and not to but there some players that doesn't pass through football academy, yet they are doing fine and in most cases, they are ahead in the game.

I know many people will be thinking about this as well and they may just conclude that training is not that important as players like Messi, Neymar, Hazard will still deliver in any game but the truth of the matter is that talent and training work hand in hand and one is a dependent variable while the other is independent variable. Talent to me is a dependent variable because it depend on training to flourish while training is independent because it doesn't require talent in most case, many people who doesn't have the talent can still play the game perfectly if they choose to train hard and understand the basic rule of the game but the fact that some players have the talent and choose not to train will not bring the talent to life.

Cristiano Ronaldo to me is a good example of a player who excel in the game due to training and hard working. Many at times when the argument between him and Messi came up, i don't like to get myself involve because the two of them are two different approach, while Messi is full of talent, Ronaldo on the other side succeed because of hardworking. What am saying here is that Messi as a player only need little training to bring out the best in him while Ronaldo is a player that need lot of training to reach his level and am glad I witnessed the two of them playing. The talent may be there and be dead if there is no proper training to shape it and that is the reason why training is very essential in football and all other sport.

I hope you find this post interesting and educating, until then, i remain my humble self @oxygen02 the guy who support life with his write ups