Things Falling Apart At The Bridge 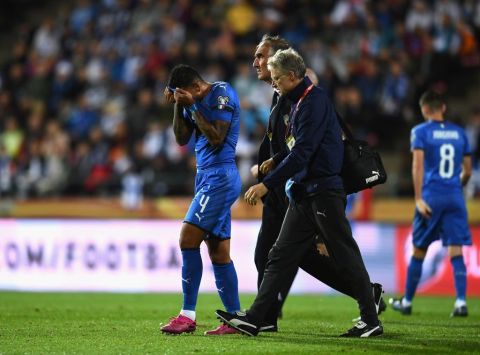 With the way things is going on at Stamford bridge this season, the club may have something to tell about this season. In fact this season will be a memorable one for them because aside from the fact that they are not allow to bring in new players to boost the team, most of the players that could have even place the club in the right position were also lost to injury from the beginning of the season.

During their week 4 game against Sheffield United, the manage did not have any option again in the midfield than to use the 18 years old midfielder Gilmour due to the fact that player like Kante is yet fit for the game and some of the players that would have helped the club in the midfield are yet to recover from injury as well. Without even prolonging things, the team lack depth. Despite the fact that the club did not sign in new player, they still have like 6 options in the midfield but currently now, only 3 is well fit for matches because Kovacic which would have make it 4 also had a minor injury against Norwich.

Currently now, the club is having like 5 players which would have make it to the starting line up for the team to injury. Although there is high hope that some of this players have been having light training and hoping to return after the international break such as Rudiger, Reece, Kante and Hudson but the current injury news at the club now is Emerson who has really impressed under Frank Lampard. His current form at the club has dropped Spanish LB Alonso back to the bench.

Emerson who was with the Italian national team on international duty was limp off against Finland yesterday in just 7 minutes to the game and there has been some speculation surrounding it to be hamstring injury while some believes it to be thigh strain. Emerson was in action for the whole 90 minutes on Thursday when Italy faced Armenia in their Euro 2020 qualifier and added an assist to his name in that particular encounter.

Emerson discovered the injury in an attempt to chase down the Finland striker Pukki who is currently one of the leading goal scorer in the English premier league this season and had to be replaced by the Italian boss Mancini. Although the injury was said to be a minor one but there is actually no doubt the player will miss the match against Wolves when the league action returns this weekend. The manager will have no choice now than to go back for Marcos Alonso which has failed to pick his form in the team and that may also make things looks very difficult for the club at the back line against Wolves.

Looking at the club performance so far this season, their major problem has always be in the back line which has also made the manager to rotate his selection at the back in an attempt to provide a possible solution to it. Like seriously, things is falling apart at the club with injuries.

I hope you find this post interesting and educating, until then, i remain my humble self @Oxygen02. The guy who support life with his writeups. Thanks for reading