Is the Bible final and complete? How does it support science? (Part 2 of 4)We Reward People for their Reactions ...Topic Video 238🇳🇬 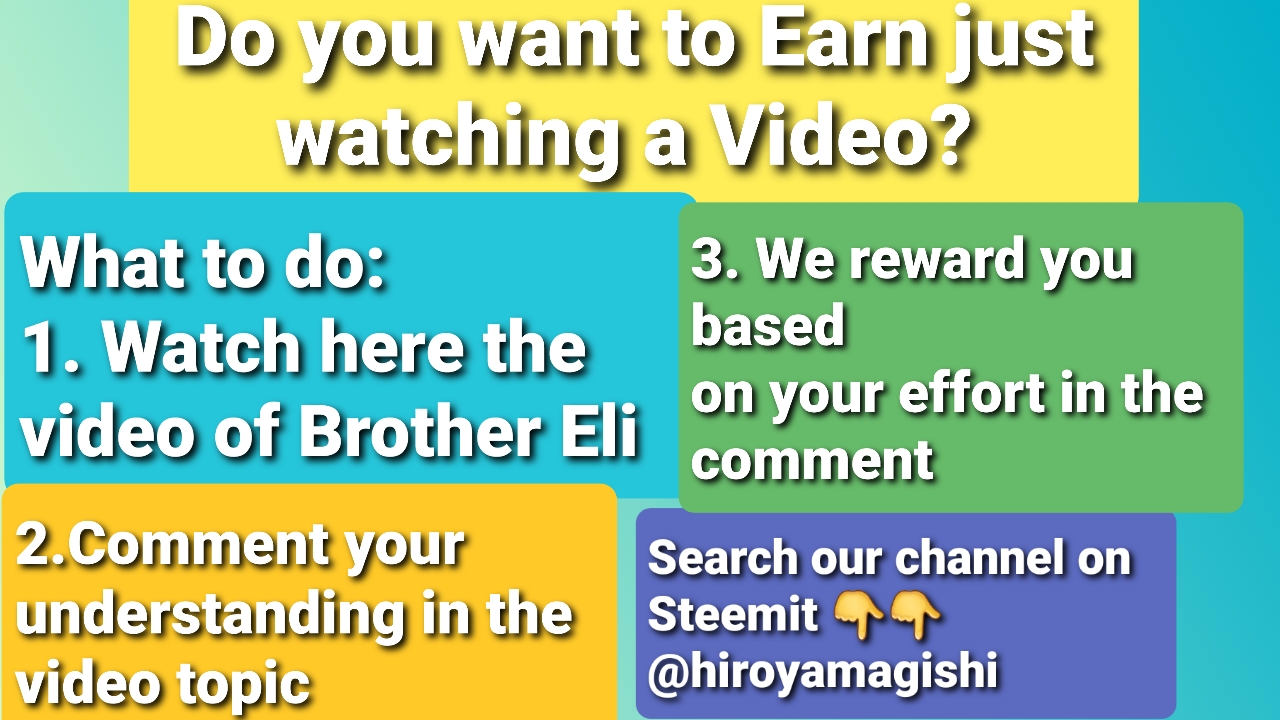 We are supporting people who comment on the topic and understand it carefully. To support and help people in economic needs.

***I give priority to my vote to the people who commented using the video uploaded to Dtube and Youtube (paste the link in your post) to help me spread the Word of God by any means. Also, mention the date you are recording the video.***

***You can also use Dsound if you do not want to show your face in the video. Do not forget to mention your name and the date of the day.***

***I created a group chat in the WhatsApp, Discord and Telegram application. Join to receive notifications when you post them every day. If you have any questions, please send me a message.***

Use the hashtag #broelisoriano when making a publication or a video.

Disclaimer: Any rewards we receive for posting on Steem blockchain are also being distributed for people in economic needs. We are rewarding people who dedicate some of their time and effort to watch our video to comment in our topic explained by brother eli soriano.

Truly, the Bible is ahead of Science. The only issue is that we many times do not understand what the Bible is saying until after a time.

Science says in about the 5 billion years to come, the sun would have exhausted its hydrogen store from which it is deriving energy by nuclear fusion.

We know that if the sun could no more produce energy its light source would be over.

Now, compare this scenario with what Jesus says in Mark 13:24. "But in those days, after the tribulation, the sun shall darken, and the moon shall not give her light."

If you realise that the moon derives its light from the sun, is it in doubt why it can no more give light when the sun fails to supply its light?

hello brothers greetings from Venezuela God bless you ..
the bible is inspired by God from the beginning to the end his word is to exhort and guide

Your spam is really fucking annoying. You spam everybody, we ask you to stop, you refuse to, We downvote you, you downvote us. This is not what Jesus would do with his Steem account.