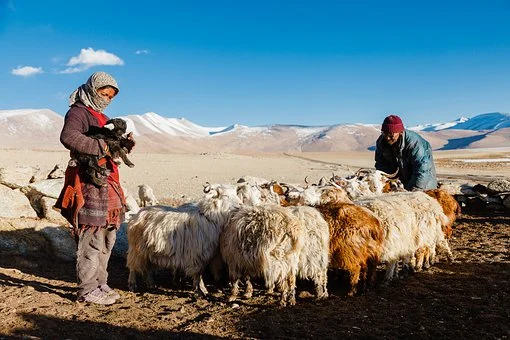 Lydia and the fortune-teller (Acts 16)

Everyone who knew her well respected her. She was very different from most of the women in her society. Some criticized her, others admired her. Not that she did something unethical, but in that society the normal thing for a woman was to get married, have children and take care of the house. This lady was engaged in the sale of purple. The business was said to have been inherited from her father. But what some disliked the most was their success. She had a spacious house where she lived with other members of her family. We do not know if she was a widow or if she had never been married. We do not know if she was Jewish or if she was Gentile. Of course, in her city there were many monuments to the Greek gods to whom the Romans had changed the name but not the last name.

One Saturday she was encouraged to go with a group of friends to that impromptu meeting on the riverbank. She knew in her heart that there was a unique God who was the authentic one. But how to determine which of that large list of alleged divinities was the true one? It was so that day she went to the bank of the river that was about 3 kilometers from the city. It was then that a Jew named Paul who was a Roman citizen because she was born in Tarsus began to speak. While listening to the speech something happened to her that she could not explain. She did not lose a word or a gesture of everything that was said. Suddenly that man's words began to make sense. Then all things began to relate like the links in a chain. She realized that despite being religious and honest something was missing. And that was because I did not know the one who said "I am the light of the world" and "the one who has seen me has seen the Father".

When the apostle concludes his message she stands up and with resolution says "I want to be baptized". The preacher may reply, "If you believe wholeheartedly, you may well."
But she is not the only one, several sisters and nieces also listened to and accepted the message and want to follow "the path" (Acts 16:15).

Several days later in another part of the city the screams of a girl deafened. The two men continue as if they have never even seen her. Screeching-like squeals grow louder. People crowd and follow behind the young woman.
All of this had started two days ago. When they went to rest during the night they thought that they had already gotten rid of it but it was not. As they left the house the screaming woman was waiting for them. Everyone knows her in Philippi. Some say in a low voice that she is a liar but are afraid to offend her so that she does not curse them. Others also believe that he has supernatural powers and that he can predict the future with complete certainty. Others assure that they have seen her with her mouth closed at the same time that words with a secret message come from her inner being. She is much more than a fortune teller, she is a fortune teller. She says that she connects with the god Apollo and he reveals what is going to happen. Some say they have powers from the Greek gods, others that they are from the Egyptian gods. And there are those who assure that their powers come from Satan herself..