NEW CONTEST: What do you love more about your country? 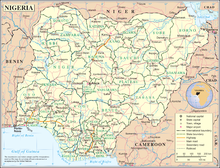 What l love more about my country? Is the historical Nature of my country, most country has no history as rich and patriotic as my country Nigeria.without much wasting of time let me give you a little History of my beloved Country,
I love my country Nigeria, for the fact that l am a proud citizen of Nigeria, a country full of opportunities, Naturial Resources, endown with good Cultures ethic group and tradition and good people ,My country Nigeria is expose due to his early colonization by the white race ( british) , is the country different from other Africans country because of his Historical background and exposure to early missionaries starting from the era of slave trade to it independency in 1960, let me brief you a little about my belove Country Nigeria.
The History of Nigeria can be traced to settlers trading across the middle East and Africa as early as 1100 BC. Numerous ancient African civilisations settled in the region that is known today as Nigeria, such as the Kingdom of Nri, the Benin Empire, and the Oyo Empire. Islam reached Nigeria through the Borno Empire between (1068 AD) and Hausa States around (1385 AD) during the 11th century while Christianity came to Nigeria in the 15th century through Augustinian and Capuchin monks from Portugal. The Songhai Empire also occupied part of the region.
The history of Nigeria has been crucially affected by the transatlantic slave trade,  which started in Nigeria in the late 15th century. The first slave-trading post used by the British and Portuguese was Badagry, a coastal harbour.
Local brokers provided them with slaves, escalating conflicts among the ethnic groups in the region and disrupting older trade patterns through the Trans-Saharan route lagos was invaded by British forces in 1851 and formally annexed in 1865,Nigeria became a British protectorate in 1901. The period of colonisation lasted until 1960, when an independence movement succeeded, Nigeria first became a republic in 1963, but succumbed to military rule three years later, after a bloody coup d'état. A separatist movement later formed the Republic of Biafra in 1967, leading to the three-year Nigerian Civil War. Nigeria became a republic once again after a new constitution was written in 1979.

Nigeria the most populous African country (with a population of over 200 million in 2018),is divided between adherents of Islam, Christianity and traditional religion quite similar to polytheism though the ratio is uncertain. The majority of Nigerian Muslims are either non-denominational Muslims or Sunni and are concentrated in mostly the northern region of the country with some Christian population, the same way Christians dominate in the south with some Muslim population. Most Nigerian Christians are Protestant (broadly defined) though about a quarter are Catholic.

Religion in Nigeria (est. 2018)Nigeria has the largest Muslim and Christian population in sub-Sarah.

Languages of Nigeria
There are over 525 native languages spoken in Nigeria.The official language of Nigeria is English, the language of former colonial British Nigeria. As reported in 2003, Nigerian English and Nigerian Pidgin were spoken as a second language by 60 million people in Nigeria. Communication in the English language is much more popular in the country's urban communities than it is in the rural areas, due to globalization.

The major native languages, in terms of population, are Hausa (over 63 million when including second-language,  Yoruba (over 42 million including ), Igbo (over 40 million, including ) Fulfulde (15 million), Efik-Ibibio cluster (10 million), Kanuri (8 million), Tiv (4 million), and approx. 2 to 3 million each of Edo, Igala, Nupe, and Nigeria's linguistic diversity is a microcosm of much of Africa as a whole, and the country contains languages from the three major African language families: Afroasiatic, Nilo-Saharan and Niger–Congo. Nigeria also has several as-yet unclassified languages, such as Centúúm, which may represent a relic of an even greater diversity prior to the spread of the current language families.

Geography of Nigeria
Nigeria is a country in West Africa. Nigeria shares land borders with the Republic of Benin in the west, Chad and Cameroon in the east, and Niger in the north. It also shares a border with the self-declared, but internationally unrecognized state of Ambazonia in the southeast. Its coast lies on the Gulf of Guinea in the south and it borders Lake Chad to the northeast. In the southeast, it also shares a border with the breakaway state of Ambazonia. Noted geographical features in Nigeria include the Adamawa highlands, Mambilla Plateau, Jos Plateau, Obudu Plateau, the Niger River, River Benue and Niger Delta.PeakMount Gang Chappal WaddiElevation2,419 m (7,936 ft) DimensionsArea9,389 km2 (3,625 sq mi)GeographyCountryNigeria, CameroonStateTaraba StateRegionNigeria's Eastern Jut into CameroonRange coordinates7°20′N 11°43′E

The Mambilla Plateau has an average elevation of about 1,600 metres (5,249 ft) above sea level, making it the highest plateau in Nigeria.Some of its villages are situated on hills that must be at least 1,828 metres (5,997 ft) high above sea level.

CURRENCY USE IN MY COUNTRY NIGERIA:

SEASON IN MY COUNTRY
We have only two season being the wet being the raining season and the dry season.

CONCLUSION
Now you can see my country is full of fantastic history that any youth can fall in love with, so there fore l love my History it make me feel Heroine thank you.

Great post my friend! And Nigeria is amazing! I wish I could visit your country someday!