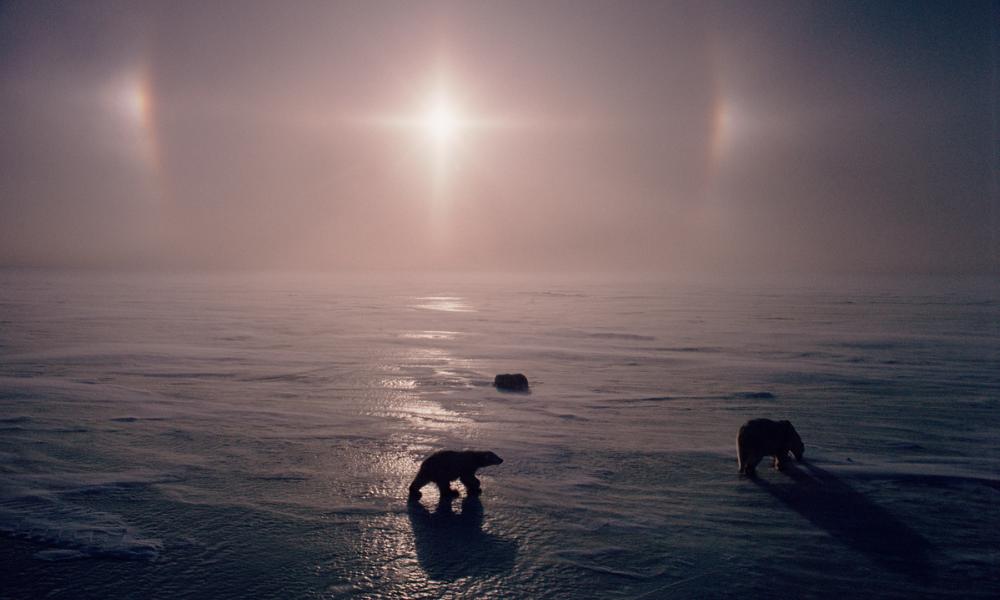 Hello Ladies and Gentlemen, Steem fans and lovers of Steem, Investors, Traders and every concerned Steemian; I salute you all. First and foremost, as custom demands, let me thank @upmewhale for the opportinity granted us to take part in this challenging contest: "Global Warming and Climate Change."

Indeed, this issue of Global Warming & Climate Change is very broad topic which covers a very large spectrum of the World, hence the name global means the whole World. I would like to first all split the two terms and elucidate them in terms of which one would come first, meanwhile they are interelated. Climate change is the main set, while global warming is the sub-set of climate change. Climate change is the gradual deteriorating of atmospheric weather conditions as a result of human activities on their environment. One of the effects of this climate change is the continuous warmth on the environments which is global warming. When the ozone layer is being depleted, definitelty there isn't a second layer to hold the intensity of the heat from the Sun, therefore it has to hit the planet- earth directly inevitably. Its resultant effects is what we are experiencing now as global warming.

I'm much particular about what the issue of global warming and climate change could cause to we the individuals, our communities and the World at large. It very good that this issue is opened up for us to share how best we can combat or subside its effects, because if the environment is affected, everyone's life is also at risk. Currently, many communities are affected with water problem due to climate change. They rather breath in carbon dioxide instead of oxygen, many doxins enter their body systems which break the immune system which fight against diseases. Today, many people are affected with health problems which some of them are circulatory disorder, inflamatory and heart diseases which are caused by drastic climatic changes. The warmth from global warming has caused many skin diseases to individuals in our community. The most affected are people who are geographically located in the tropics or closer to the tropics, those people around the equitor and green wich meridian. They suffer from the excessive sun radiation, they nearly burn during the harmattan seasons when the atmosphere is virtual dry and warm. You wouldn't see precipate or humidity during time, so all the air they breath is hotter. Because of the excessive drought from global warming, the atmosphere are always prone to fire out breaks at the least mistake the ones commit. That is why most fire users like palm wine tappers, farmers and hunters are at risks of causing havoc to the environment through burning. The worse aspect is the possibility of damaging the ecosystem, risking the lives of endangered species in forests and waters. Because both the terrestrial and acquatic habitats are damaged as a result of bush fire. They suffer getting water to drink, getting feed, and surviving to stay.

It's an eye that the climatic change & global warming are caused by our attitudes towards the environment. The way and manner we treat the environment lead to all these factors, though there are minimal natural effects of climatic changes. The balance of carbon cycle which is a major contributing factor to control the global warming and climatic change has broken due to many human activities. Not until the cycle is balanced, we will continue to experience the issue of devastating climatic problems. If many vegetation cover, in order words trees are felled for charcoal and, domestic and commercial purposes without replacing them, what we have to expect is increasing carbon emission onto the environment. This problem has existed for so long, so we now have more accummulation of carbon dioxide than oxygen. The release of fumes sulphur dioxide and carbon monoxide from machines, especially the outmoded machines and vehicles are very alarming. Their effect creat a vast climatic change which damage our cells, especially the respiratory organs, hearts and brain. The use of excessive chemicals and modern machines to maximize production have helped us alot, but also have caused environmental problem that we find it difficult to address. In attempt to keep increasing production of food with the use of chemicals, we indirectly poison our immune systems, weaken them to function normal. A lot of these chemicals have led to so many diseases of late.

Politically, we are severally promised, but this is tantamount to fake promises, the all authorities of many nation just pay lip services for votes, positions and fames without properly tackling how to combat global warming and climatic changes. I don't know whether they rather buid a castle in the air or they pretend to pay less attention to these problems. Though the situation at stake needs all and sundry, the support from every one to tackle it holistically, but much depends on the authorities of various nations. If this issue were to be their main priority among their agenda that if they meet they discuss or share, then what are the possible measures putting in place, or what so far have they controlled the climatic changes and global warming? I know of "ECOWAS", "WHO" and other many bodies that represent the World who take decisions about our nations. I also believe we have various presidents around the World who meet and have rectify these problems for so long, but so far I've not seen much impact of controlling the climatic change. Climate circulate and trend, so it would be more appropriate to solve it holistically.

We can really minixize the effects of climate change and global warming if we can first and foremost change our attitudes. The environment needs to be used as our own and personal property that we take care of it. We need to handle the environment with care and caustion. In some countries, we have forest divisions and wild life control bodies supervising the damaging of the forest and other species, but the fact is that supervision in these countries are low, sometimes the supervisors receive bribes from these culprits and score them free. Instead of allowing the law to take its own course. In some countries too, inadequate personnel to monitor the devasting of the environment are affecting them, so most people hide themselves indiscriminatly fell trees more that necessary, for some use for timber, logs and charcoal. In more volunteers are trained at every check point of environment prone areas it would help. Embacking on education frequently can also create a serious awareness of the need to protect the climate and global warming. I think one of the major way we can do to minimize this depletion of climate and global warming is to intensify the "Law of pollutors pay principle:" which states that any one who pullute the environment is liable to pay. I believe this principle if strengthened effectively will help check all those who pollute the environment, at least when the pay huge amount it will discourage them from polluting the environment. Like when the sanitory inspectors where trained to move from community to community to check tidiness in homes, it got to a point that sanitation were very high. Governments should launch tree planting at vantage points of environment prone areas, especially where bush fires are common. Money should be alloted for climatic clinics, and authorities of various nations should come into agreement to support this. I believe a software can be develop to check various locations where serious devastation of climate is going on. On like we have locations on our phones which is able to detect where one is, in the same way we can monitor where everybody is doing with the environment to help solve climate change and global warming.