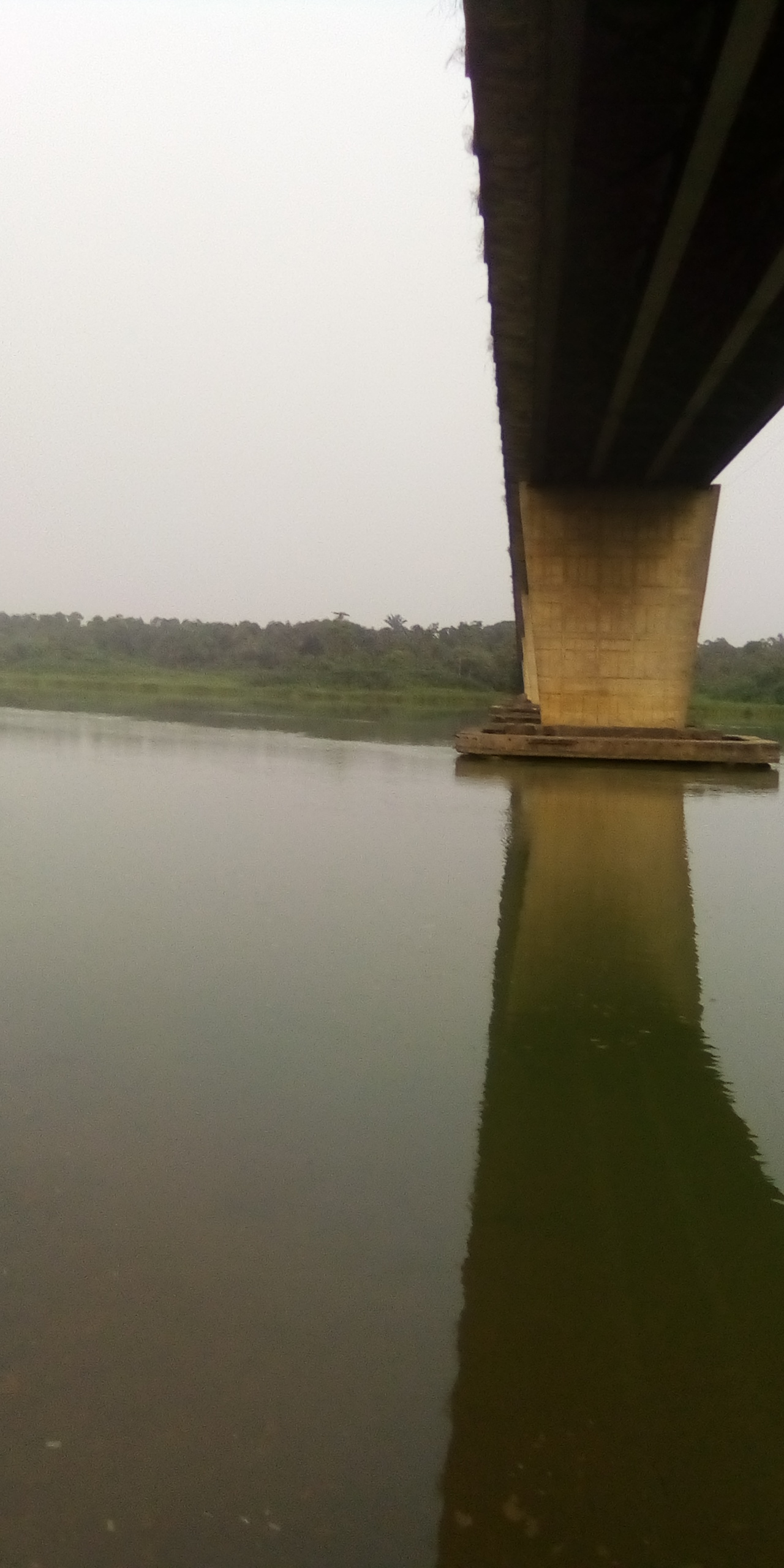 what3words Location
https://w3w.co/assertively.producer.loafersUnder the Gammon bridge by the Ethiope River.

Good morning dear friends, today I'll love to share with you in this post a journey I took to the banks of the Ethiope River underneath the Gammon bridge in my town, Sapele.

The Ethiope River is a prominent geographical feature in Delta State and particularly in Sapele. It flows through four Local Government Areas( four large towns). It takes it's origin as a little stream in the town of Obiaruku in Ukwani LGA and flows west going through the towns of Abraka in Ethiope East LGA and Oghara in Ethiope West LGA finally flowing around the eastern part of Sapele LGA where it forms the eastern boundary of Sapele LGA cleaving it from the town of Mosogar in Ethiope West LGA.

The Ethiope River joins the Atlantic ocean in the farthest southern parts of Sapele where you have the Sapele Sea port, the deepest in the country that also serves the Nigerian Naval Base in Ogorode, a suburban part of town

MY TRIP TO THE BANKS OF THE ETHIOPE RIVER.
It was 4:56pm on the 24th of February that I got a call from a friend who wants some coal for a BBQ Fish party he would be hosting the next day in celebration of his 45th birthday, asking me where he could get a sackload of coal to buy. I remember on several occasions while driving over the Gammon bridge, seeing activities of charcoal manufacture down below the bridge on the banks of the Ethiope River.

I informed my friend of the prospect of getting the coal he needs to buy close to the Gammon bridge. We met 5:21pm and drove down to where I had indicated to him on phone. It was my first time ever going close to the Ethiope River under the Gammon bridge. We got to the site of coal manufacture and we were very pleased to find what we came for in abundance and good quality as shown in the pictures below.

what3words Location
https://w3w.co/assertively.producer.loafersPictures from site of coal manufacture by the Ethiope River.

After making our purchase and securing the merchandise in the boot of his car, we both agreed in treating our curious sights to the glorious beauties of the riverine environment.

It was much fun for us being very close for the first time to this aquatic jewel we've so much on many occasions admired from
afar within the confines of locomoting vehicles.

Eventually we had to take our leave and go home to more pressing issues. On our way back to his car I had the urge to take one last picture of the setting sun against the smoke laden atmosphere of the banks of the Ethiope River.

We drove off and when I got home and saw the pictures I thought it would be nice to share right here on Steemit with a brief accompanying literature on the Ethiope River.

I do hope you enjoyed reading my post. Bye for now, stay safe and have a fun-filled day.

Join with the #Steem #Geography community in discord through this link

Wow dats s nice one and it's beautiful

So this is Ethiopia @onos-steve, it's not that fine na, lol. Nice write up and I also like the pictures, you are becoming an experience photographer.

belenguerra
Thank you for sharing in Steem Geography! Your post has been selected for today as part of the Steemit Communities support Program.
I appreciate a lot your engagement with this community.

I’d love to hear more from you!! 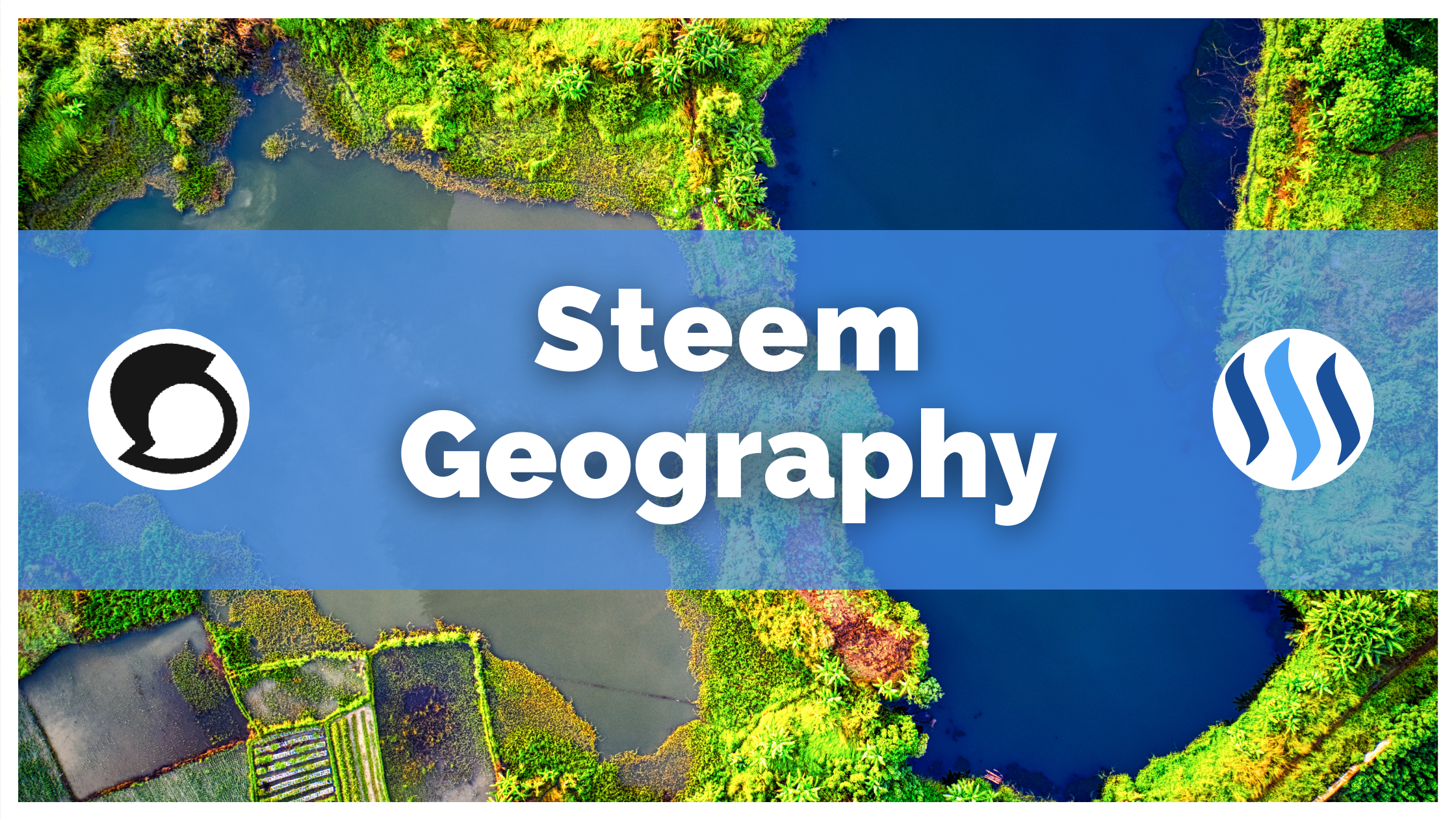