Who is behind Greta Thunberg? Dark forces could be at work 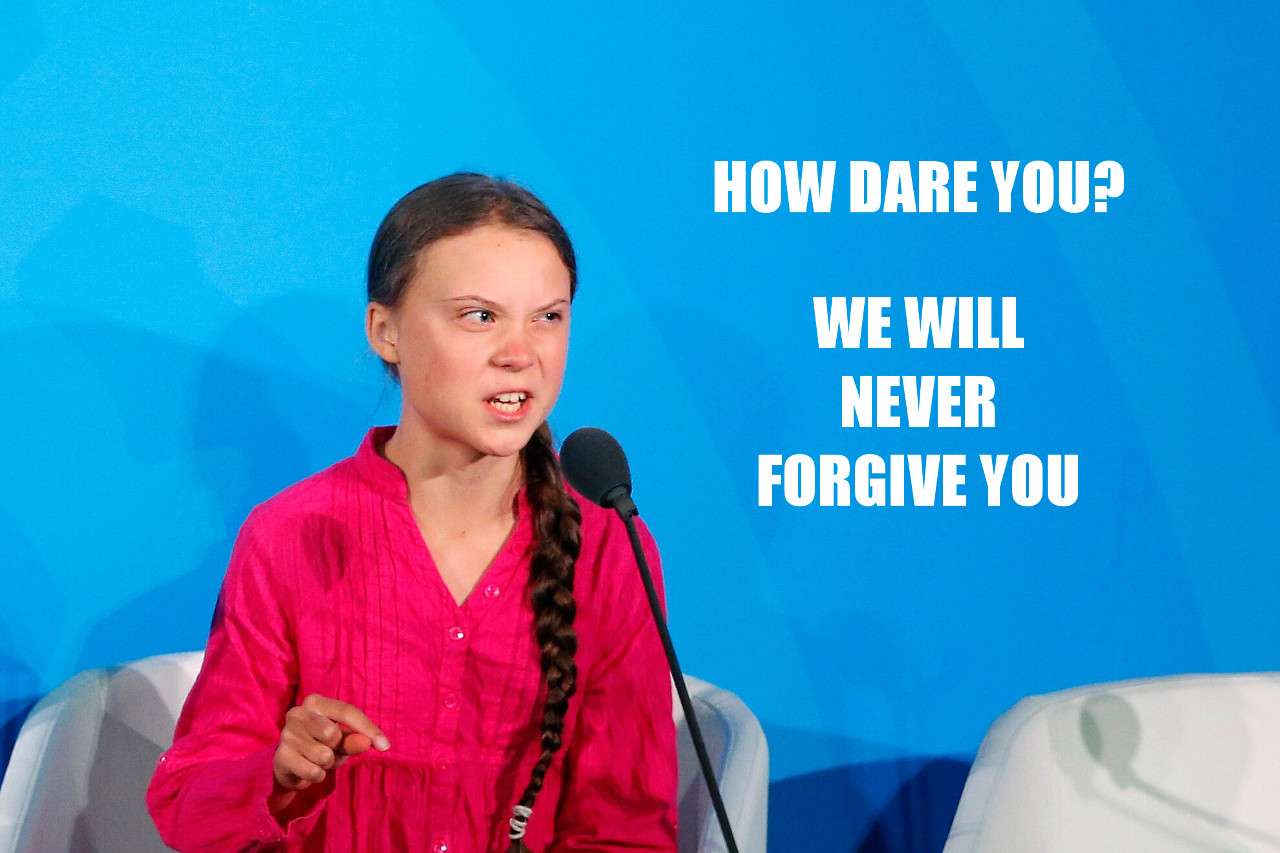 Only lazy have not written about Greta Thunberg. For a long time I could not bring myself to watch her speech because I understood there was something shady. At least based on the hype that made her known to me and on the expression of her face seen in the frames of the video. Well, I watched, and I will also share my observations even while being somewhat late to the party.

There are people who judge that someone is behind her based on the ideas that she is promoting. They say that she serves someone with selfish interests, and she is either used without her knowledge or she is working with influential figures in the hope that this will help her achieve her goals. But to think that the issue is only about individuals with unclean motives or even about the struggle for power between the representatives of a hidden elite is a rather superficial look, and I would like to dig deeper. But I am not going to confirm or deny the opinions above because that is not known to me.

Others discuss her speech and raise the question of whether that kind of activism is effective. However, they are not examining her stance on the issue or the facts presented, but her approach to speaking, her behavior, her emotions and her attitude to the recepient of the message. I believe this question deserves attention, but that is not what I am going to talk about either. What I will do is take what the second group of people is looking at in order to come to the conclusion of the first group, namely: who is behind this speech?

So, let us look not at Greta’s mind with her ideas and thoughts, but in her heart and at what she feels at the moment of speaking and what she experiences inside her towards the recipient of her message. Of course, she has pain and resentment, and I will not judge now whether they are justified or not. But what else is also there: aggression and anger turning into hatred, as well as accusations, condemnations, arrogance and contempt. This can be seen on the surface in her words, in her facial expressions and tone of voice, but also, if being sensitive enough, by recognizing the energies emanating from her through observing changes in your own state.

This is not just a natural reaction of a psychologically healthy, but not sufficiently mature person to the existing circumstances. This is not just a consequence of great awareness and preoccupation with the problems she is talking about. Greta cultivates these emotions in herself, she deliberately intensifies them. She does this because she draws strength from them, because they give her a sense of significance and power, they give her control over the attention of the crowd. This feeling is intoxicating: I know this through my own experience.

Her speech is truly inspirational, and that is the reason she receives applause. Yet what inspires her and the public through her is an unclean spirit, and we can see a manifestation of possession in her speech−and I am not speaking metaphorically. Yet this is not something out of the ordinary: you can hardly find a person who is actively advocating for something who would not be possessed by anything.

Nevertheless, Greta's speech is not harmless. She is able to transfer to other people not only her ideas, but also her spirit. By listening to her and agreeing with the state of Greta’s heart through the acceptance of her ideas, you can give consent to the same possession. But by reacting to her with hostility, condemnation or other negative feelings, you can fall under the control of the same forces, only they will put you on the opposite side of the barricade.

I do not want to blame Greta, although she bears her responsibility for this. This is not something to laugh at, because it is not easy for her. None of this makes her a less worthy person. This does not negate the importance of what she is talking about, and does not mean that she has no pure motives at all. I tell this so that you can see the action of dark forces in another and do not allow the same in yourself.

You may raise the question: “Does it matter what kind of forces speak through her, if it will lead to the desired result in the right direction? The main thing is that it disturbed the public and prompted people to change, and how she did it is irrelevant.” Indeed, why not turn a blind eye to how something is being said and pay attention only to what is being said?

You see, here is the problem with thinking that “the end justifies the means.” While a person believes that his good goal−building a better world, protecting nature or improving morals of the society−justifies such means as deception, intimidation, condemnation, anger, coercion, violence and others, for demons the goal is precisely the last things. Their goal is to push humanity towards self-destruction and suck the energy out of it in the process. They strive to engage a person in destructive energy outbreaks, namely: negative thoughts, emotions and actions, as well as negative perception of themselves and the world around them.

That is how they maintain their existence while being cut off from the source of life. They achieve this goal by developing ideas that humanity then adopts as their own. These ideas seem good to any person who wants to improve the world, but the demons offer to implement them with the means that are to their benefit. The picture is such: what is the goal for men are the means for demons, and what are the means for men is the goal for demons. And while a person believes that the end can justify the means, he falls into this trap.

When someone speaks for the protection of nature with hatred, the main message of the speech is hatred, not protection of nature. The speaking person may not understand this, but the demons speaking through him do. They understand what they are doing when they inspire people to go to war or revolution, when they make people clash−men and women, people of one skin color with people of a different skin color, one religion and another, one political ideology and another, one worldview and another. People do not understand this when they assume the role of ideologists and apologists. And so blind leaders leading the blind into the pit is the result. Because neither one nor the other party wants to see what is leading them, they only care that they feel they are moving towards a goal that alone matters.

It is not so important what you stand for−socialism or capitalism, feminism or traditionalism, theism or atheism−your heart will tell you what and who you really serve. Thus, if you want to find the truth among all kinds of ideologies and philosophies, it is better to start with your heart. As long as your heart is unclean, your goals are someone else's means of manipulating you.

Some may object that Greta’s heart is pure because she is still a child, and therefore only good can be behind her−surely she is far from adult politicians. But imagine the most evil person you can think of. When he dies, he will take his evil heart with him to his next life. Not a cruel world will make his pure heart impure, but he will be born with what he already had before, and by growing up he will only return to his past. This is the state of a large number of souls on Earth. Do not be deceived by the age of the body, it does not take anything from the soul and does not add anything to it.

Unfortunately, Greta is not a holy fool who carries the Word of Truth in a provocative manner, and her mental disorders are not just slightly covering her light and a loving heart. On the contrary, I believe that both her behavior and her disorders have a common root−possession by unclean spirits. The appearance of mental disorders at a young age shows that possession is probably not a new acquisition and goes on from past lives. If not the only, then dominant motivation of Greta is not love for her neighbor, but hatred of humanity, which she shares with demons and what she has already come into this life with. For her, eco-activism and the fight against climate change is a justification for expressing this hatred, not the result of her care for people, which is very common among ideological fighters.

For a long time I could not bring myself to watch her speech because I understood there was something shady.

You have no awareness and you refuse to look into things and blame it on others. It's cringe. People look at you and laugh. You're a conspiracy nutter and one who is working to destroy the planet and do the bidding of multi-billionaires (which you will never be, by the way) in the guise of "truth seeking". It's cringe. You are cringe.

Thanks for the feedback. Do you want to know my opinion about your response?

your opinion holds no value, but go off king

Then I will keep it for myself. Your opinion is valuable to me−as you are. Though I would prefer it to be about the content rather than in the form of a personal attack. Have a joyful day!

If you can't see how it's only about your content, then that's you that needs to understand my wider critique.