Unlimited creativity in oneness with the inner God 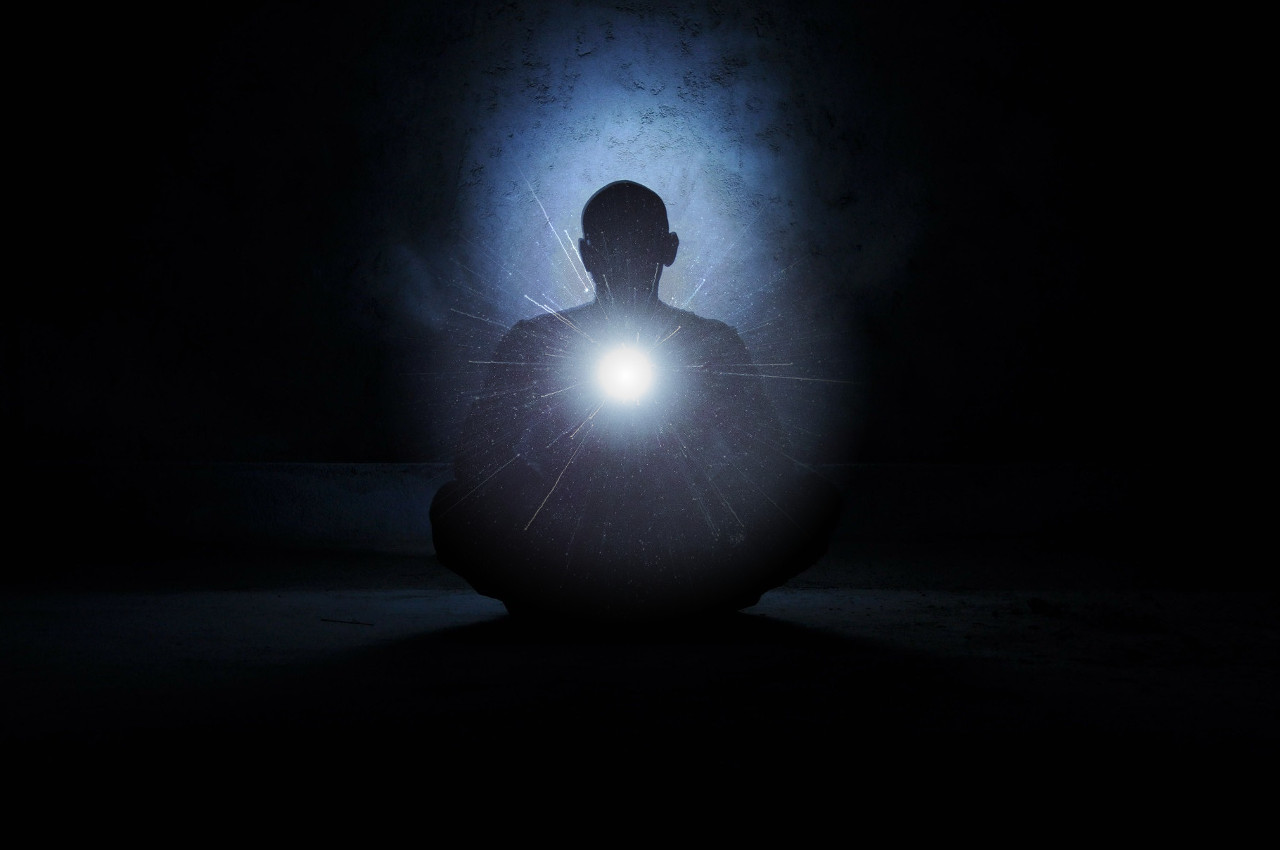 At some point, I started noticing that I was doing many things not of my own free will. I was doing them to please someone. For example, I felt that I have to be attracted to girls, that I should “rate” them by their appearance and must want to have sex with them. That idea always came to me when meeting the opposite sex. Or that I need to swear and laugh loudly around my friends. Yet I was doing that not to please girls or friends.

In many situations where I needed to choose how to behave or how to present myself, I was finding myself concentrating on the space around me. I felt someone's presence here and someone's gaze directed at me. It looked at what I choose, and I tried to understand how this “space” relates to this. Above me was always an invisible observer and judge, and I tried to get his approval and was guided in many ways by him.

Now I understand that this is not just my consideration of social norms and how I perceive expectations of others which I tried to meet or go against. These are not just my ideas of what is right or wrong. It was something alive. It was some spirit, consciousness or entity that I listened to.

Yet this spirit was not God or my higher self. And not because it suggested me something objectively harmful. It also said to me things that are difficult not to consider good and right−to love others, to be generous, not to be angry, not to lie and so on. But it was always outside of me, and my attention was directed to it outward.

Why was I seeking support for my actions in some external force? Why did I need to listen to someone from outside to make a decision? Because I did not listen to the one inside me. Because I did not trust the force that is in me: I believed that it required external control. Because I was afraid to make a mistake by making creative decisions. Because I did not believe that God is at the beginning of myself and I could rely on Him. I thought that I came from a flawed nature in which correct moral guidelines are not built in. But this is not so.

We are Divine in our beginning, and this beginning can reveal itself in a perfect way in our soul and in this world if we allow it to do so. If you believe that the Kingdom of God is within you, and if you accept God as the king of your soul and life, then He will act from your heart. He can become the only force emanating from you. He Himself will transform you so that you will become His reliable and pure vessel if you ask Him to do so. Then your creativity will no longer be limited by anything.

Life is meant to be a creative process. To be human while living creatively is to express God from within ourselves. This does not happen by following external standards, but only by allowing our inner nature to manifest itself in this world. The fulfillment of external rules is able to repeat the already existing, but something new can be brought only by the action of God. Here lies the difference between creativity and mechanical craft, between life and death.

This external power can be called the ego, the devil or the prince of this world. But it has power over us only if we have deprived of power what is inside us. Can something created by God dictate to Him how to manifest Himself? Only if He allows this to happen−only if we choose to submit to our creation and forget ourselves in it instead of being in oneness with the Creator. It was we who erected a created entity as a judge over us and over the uncreated. This is the mystical meaning of the violation of the first two commandments given to Moses.

Understanding the illusory nature of this world, I sometimes wonder: what desires and aspirations of the world make sense to me if they were created with the world? For us, people, only those desires and aspirations are justified in the righteousness and truth of which we are convinced−those we consider to be our own. For desires to move us, they need to be primary, and our will to be secondary. But in reality they are created by will, and therefore cannot be earlier than us who we really are. Then why is something moving me?

For this to happen I had to come to believe in the opposite−to put the created in my beginning. It is only possible to gain the experience of human life, living it deeply and being convinced of its reality, when you identify yourself as the prince of this world−accepting that external force that dictates the rules of life here as your actual self. Then a person sees the desires of the ego as his own, and therefore they become convincing to him. But as soon as there is a clear feeling that the rule is imposed from the outside and the desire to follow it too, its appeal rapidly disappears.

Therefore, I ask myself: if I made the devil my god over God, then when should this end? Should I now look at any desire that I want to follow and doubt its origin, even if it seems to me that it came from within? Should I destroy all the meanings of this life right now by dispelling the illusion behind all desires?

I see a win-win option here. There are many desires and activities that people are involved with in the importance of which I can no longer believe so deeply. They no longer seem convincing enough to me. I still feel urged by them, but they are now perceived as coming from outside. Following these urges no longer brings the former satisfaction. But they continue to be temptations for me. I still have a choice whether to follow them or not.

Thus, I could completely let them go in favor of those desires that I still believe in, which continue to bring me satisfaction. Perhaps they are equally illusory, but at least for the time being I see them as having some meaning. And if they are illusory, then the moment will come for them too when I lose my faith in them.

Therefore, I choose to follow what comes from within, whether it is true or not. In allowing the inner to unfold, I have a chance to reveal the Divine from inside myself, but in the submission of the inner to the outer, this is impossible. I trust God within me and allow Him to be through me in this world. This is the only way to bring creativity into your life and fulfill the role that God intended for us.