Types of LEDs and their characteristics 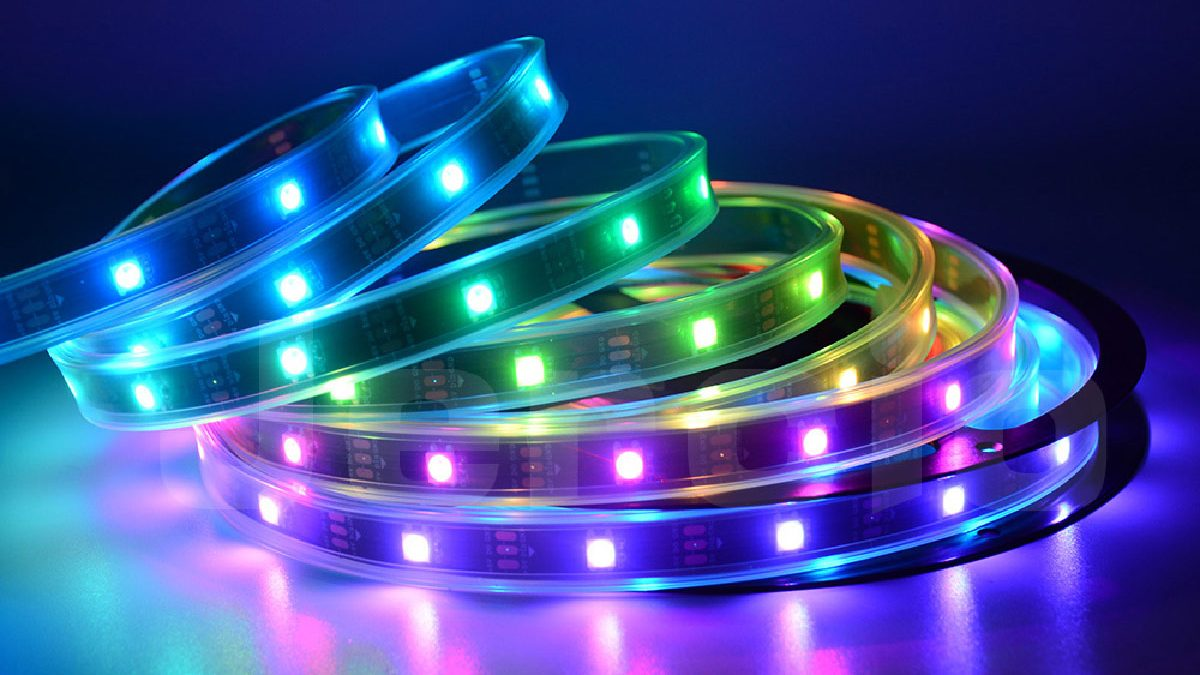 LED lighting is by far the most efficient, and in this context it is not at all surprising that LEDs undergo a certain evolution year after year. Their power becomes more and more, the cases are optimized for certain purposes, not to mention the color of the emitted light.

The color can be almost any, it is enough for the manufacturer to select the appropriate composition of the semiconductor and dopants so that the band gap for the recombination of electrons and holes would give the required color.

Meanwhile, all modern LEDs can to some extent be classified by types, that is, according to the most distinct distinctive features, which we will do - we will consider several types of the most common LEDs, from indicator to lighting. By the way, we can immediately note that the evolution of the LED began, by and large, from the indicator ancestor.

Output-mounted indicator LEDs with a round or rectangular lens can still be found anywhere, from mobile gadget chargers to indicators of complex medical equipment. Even indicator LEDs are sometimes used as lighting LEDs, but such solutions have recently been encountered less and less.
Output-mount indicator LEDs

Indicator LEDs with convex round lenses with a diameter of 3, 5, 8 and 10 mm are typical representatives of this type. It was with them, by the way, that such a direction in semiconductor technology as lighting LEDs (for flashlights, for example) started. However, the current of the indicator LED will not provide enough light, and it is simply not advisable to use such LEDs on an industrial scale for lighting, especially today.

They are suitable for indicators, even LED boards and creeping lines were collected at one time only from such LEDs for lack of an alternative. Small indicator LEDs heat up weakly and glow somehow - what else is needed from the indicator .. Voltage from 2.5 to 5 volts at a current of 10 to 25 milliamperes - no more.

Colors: white, red, orange, yellow, green, blue, purple, ultraviolet. Indicator LEDs are also multi-color RGB , when three transitions are hidden under one lens, and there are four pins on the bottom, that is, the indicator will turn out to be more functional, and the LED display will be colored (see - Application of LEDs in electronic circuits ).

The solid angle of dispersion is up to 140 degrees for a rectangular lens, and up to 130 degrees for a round lens. The brightness of the indicator LED is from 100 to 1000 millicandellas on average.

Behind the indicator LEDs, bright LEDs with round lenses up to 10 mm in diameter appeared, which have already become widely used in pocket flashlights. With a consumption of up to 30 mA at 2 - 4 volts of power, their luminous intensity reaches 5000 millicandellas.

This kind of indicator LED is specially designed for surface mounting on a PCB. These LEDs are available in standard SMD-type housings , sizes from 0603 to 7060, with the most common sizes from 1608 to 3528. The apparent solid angle is from 20 to 140 degrees, and the average brightness is 300-400 millicandellas.

Their power characteristics are similar to output-mount indicator LEDs. However, surface mount LEDs can be mounted on a board in large numbers in a small area, and thus obtain an LED lamp or light panel of any size. LED strips are also a set of SMD LEDs on a substrate.

A special group of LEDs widely used in the advertising industry and in auto-tuning are super-bright rectangular Piranha LEDs. LEDs are distinguished by a special shape of the base and improved diffusion properties. They are conveniently and rigidly attached by four pins to a PCB or other flat base.

Colors: white, red, green and blue. Sizes - from 3 to 7.7 mm. Due to the larger substrate area and high thermal conductivity, the current through the LED can reach up to 50 mA at voltages up to 4.5 volts. The scattering angle reaches 120 degrees or more.

Lighting LEDs COB (Chip On Board)

LED lighting is the widest area of ​​application for LEDs today. The radiation can be warm and cold, white, yellow or any other shade, similar in color to fluorescent lamps, incandescent lamps, or even sunlight, depending on the required color temperature , and mainly at the production stage, - from composition of semiconductor and phosphor.

The most common way to make lighting LEDs is by applying a phosphor to a blue LED. As a result, the light emitted by the LED turns out to be yellow, green, red, etc. The light is close to the luminescent property.

COB LEDs are many semiconductor crystals mounted on a single substrate and embedded in a phosphor. As in the case of mounting several SMD LEDs on the board, a similar result is obtained here - higher brightness due to the total luminous flux from several small light sources. But the sources (crystals) are located more densely on the substrate, therefore, the luminous flux is greater than when mounting an SMD on a board.

COB LEDs are of course also suitable as indicators. Lighting equipment, in turn, has become much cheaper with COB LEDs, not only due to the automation of the manufacturing process, but also due to more economical application of materials.

It is important, however, to always remember that such an LED requires mandatory heat dissipation, and a powerful and very powerful (from 3 to 100 watts) heatsink is required, otherwise the crystals will be rapidly destroyed by heat.

It is impossible to repair such a COB matrix, and if some of the crystals deteriorate, you will have to replace the entire substrate with a new one, so it is better to immediately create acceptable conditions for it in terms of cooling.

The power supply is usually from 3 to 35 volts, depending on the specific model, and the current is from 100 mA to 2.5 A and even more.

This type of LED has even better luminous properties than COB. A lot of crystals are mounted on a glass substrate, then they are filled with a fluorescent composition. The technology is called Chip On Glass - a chip on glass.

The apparent solid angle is 360 degrees, and the luminous efficacy is therefore superior to matrixes with flat substrates. One 6-watt filament-LED lamp corresponds to a 60-watt incandescent lamp in terms of the amount of light emitted.

In general, all LEDs on the market cannot be clearly and more accurately classified, because there is a process of evolution of semiconductor light sources, and some are a kind of others. LED strips are essentially SMD LEDs on a substrate, and LED indicators are a set of indicator LEDs. Therefore, our brief overview of the most expressive positions is over.

This post was resteemed by @steemvote and received a 5.15% Upvote. Send 0.5 SBD or STEEM to @steemvote