Artificial lighting of the Earth from orbit 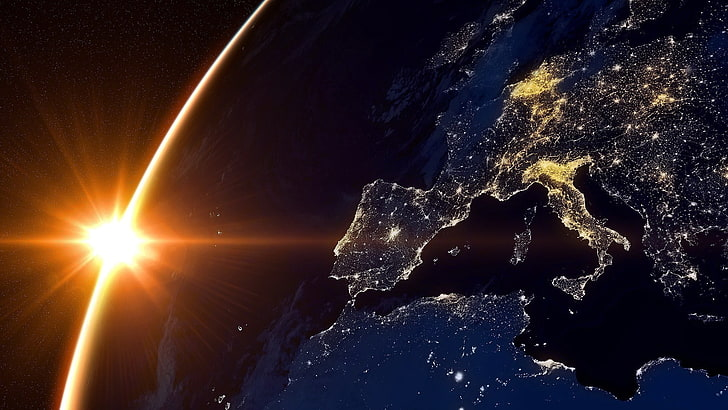 Is it possible to use reflected sunlight to illuminate various objects on Earth? The essence of the idea of ​​illumination of individual parts of our planet is quite simple: to illuminate a dark corner on a sunny day, a solar "spot" is directed there, using an ordinary mirror.

And according to the same principle, they want to place a special reflector in the near-earth orbit, which will illuminate the necessary parts of the Earth with the help of sunlight. This method of using solar energy becomes relevant over time, especially in the case of an energy crisis, which is increasingly felt.

It is quite difficult to implement such projects: it is necessary to create in space large-sized structures that carry reflective surfaces and to develop units and systems to control the latter.

Domestic developers, in turn, proposed to use frameless reflectors for these purposes, which are made of plastic film coated with aluminum. Such a mirror is deployed under the action of centrifugal forces and is successful and acceptable for zero gravity. The use of such frameless reflectors will be possible in the near future for intercontinental radio and telecommunications, and similar types of relay systems. 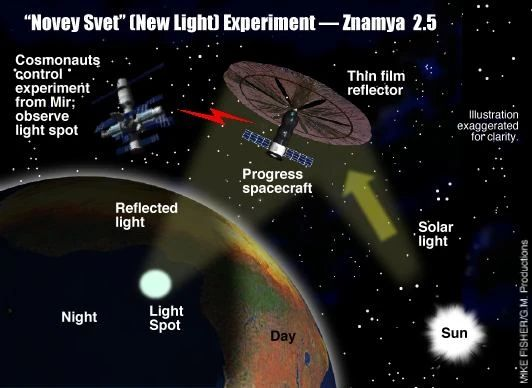 Pros of lighting the Earth from orbit

With the help of reflectors, it is possible to increase the illumination of those parts of the Earth where daylight hours last very little or is completely absent in the case of the polar night at the poles. Here, of course, one should not hope that the power of the luminous flux will be similar to that of the sun. But the very presence of light will help to conduct scientific and technical research more productively at the North and South Poles.

Light streams can be focused on certain areas of the Earth, for example, on oil drilling rigs in the northern regions of Russia, where electricity is usually provided by generating stations. Swampy terrain does not always allow the main power supply lines to be extended to oil and gas production sites. And in some cases, their installation may even be considered economically unjustified due to a change in the place of production.

Possible consequences of artificial lighting of the Earth

On Earth, biological processes are interconnected and balanced. Different parts of the Earth have their own climatic zone, to which the entire biosphere is adapted. Vegetation and fauna receive their portion of heat and match depending on the season, which determines the nature of biological reactions. The luminous flux can also increase the temperature. As a result, a violation of the light-thermal balance in artificially illuminated areas of the Earth may occur. Although, on the other hand, if these areas are local with a small radius of coverage, then maybe not everything is so bad.

This post was resteemed by @steemvote and received a 4.52% Upvote. Send 0.5 SBD or STEEM to @steemvote