Harmony: Providing a lasting solution with a scalable and secured networking channel for users. 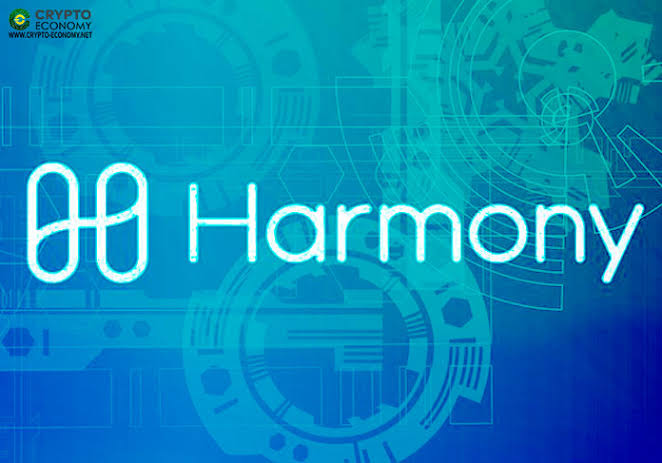 The 21st century projected an advent of vast initiative that tends to structure the life pattern of mankind. We've come to an age of improved technological advancements to enable an effective and efficient work plan in different societies around the globe. Coming down the pike, it is understood that these societies uses deductive approaches in networking and business transactions which are now antiquated. From fuzzy logic to artificial intelligence, from over the counter transactions to dealings using cryptocurrencies in a more idealize, actualize and decentralized way.
Technology have not only help but improve the economical growth of different organizations across the globe.
The world now experience great technological advances which has blizzardly propel the growth of ventures that deals with loads of complicated exercises. While it may be seemingly conventional to contend that technology innovations serves as an essential tool in the modern world, it is also crucial to note that most companies technological system experience some sort of fault or glitch. Nobody would gainsay that any serious minded business venture won't carry out several steps to ameliorate a seamless and transparent solutions using a design ingeniously invented.
Basically, as a keen Crypto investor and enthusiast, I have with great rectitude understand that well implicit in my writing some networking platforms or even business applications deals with byzantine complexity thereby affecting users tremendously as they no longer carry on their activities in a simplified, secure and seamless manner.

Then I began to plumb my promptings with some knacking questions,

How does this other platforms ensure a scalable and secured networking process without hitch?

What are the necessary steps that are being afoot for a better and effective concept incase their project goes pear shaped?

How do they tend to remould their policies to make it more acceptable to millions of user across the globe?

Harmony has the answers t all.

arrmony, the next generation sharding based blockchain that is fully scalable, provably secure, and energy efficient. Harmony addresses the problems of existing blockchains by combining the best research results and engineering practice in an optimally tuned system. Specifically, Harmony makes breakthroughs in following aspects:

●Fully Scalable: Harmony shards not only the network communication and transaction validation like Zilliqa, but also shards the blockchain state. This makes Harmony a fully scalable blockchain.

•Secure Sharding: Harmony’s sharding process is provably secure thanks to the distributed randomness generation (DRG) process which is unpredictable, unbiaseable, verifiable and scalable. Harmony also reshards network in a non-interruptive manner to prevent against slowly adaptive byzantine adversaries.
●Efficient and Fast Consensus: Unlike other sharding based blockchains which require PoW to select validators, Harmony is based on PoS and thus energy efficient. Consensus is reached with a linearly scalable BFT algorithm that’s 100 times faster than PBFT.
●Adaptive Thresholded PoS: The threshold of stakes required for a node to join the network is adjusted based on the volume of totals taking in away that malicious stakers cannot concentrate their power in a single shard. Moreover, the threshold is low enough so that small stakers can still participate in the network and earn rewards.

The consensus protocol is a key component of any blockchain. It determines how securely and quickly blockchain validators reach consensus on the next block. The first blockchain consensus 1 protocol which powers Bitcoin is Proof-of-Work(PoW) consensus. PoW is a process whereby miners race to find the solution to a cryptographic puzzle—the winner gets the right to propose the next block and earns some token rewards. PoW’s security assumption is that more than 50% of the hashing power is controlled by honest nodes. With such an assumption, the rule for consensus is that the longest chain will be the canonical one, and thus PoW consensus is also called chain-based consensus​.

Harmony maximizes the safety of each block in its proof-of-stake blockchain by maximizing this equation. It is infeasible to disincentivize leaking private keys in the long term. Harmony instead incentivizes validators to maximize the approval weight of each block after a quorum has been achieved. This is done by requiring validators to sign each quorum-approved block before allowing those validators to withdraw their stake. These new additional signatures only need to exist within the blockchain, and they do not need to be generated at consensus time for each block.Because of this, the new signatures can be added to subsequent blocks when validators decide to withdraw their stake, and so they may freely improve the safety of the chain without impacting its liveness.