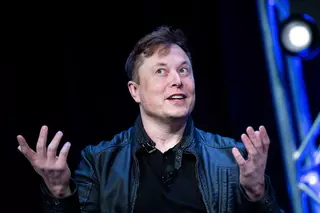 BITCOIN is on track for its biggest bounce since February after Elon Musk made an intentional typo.

The tweet appears to have re-instilled faith in the world’s largest cryptocurrency.
Bitoin was up 5.79 per cent at $53,420.

This was up from an overnight low of $47,079 after a two-week plunge, according to CoinDesk.