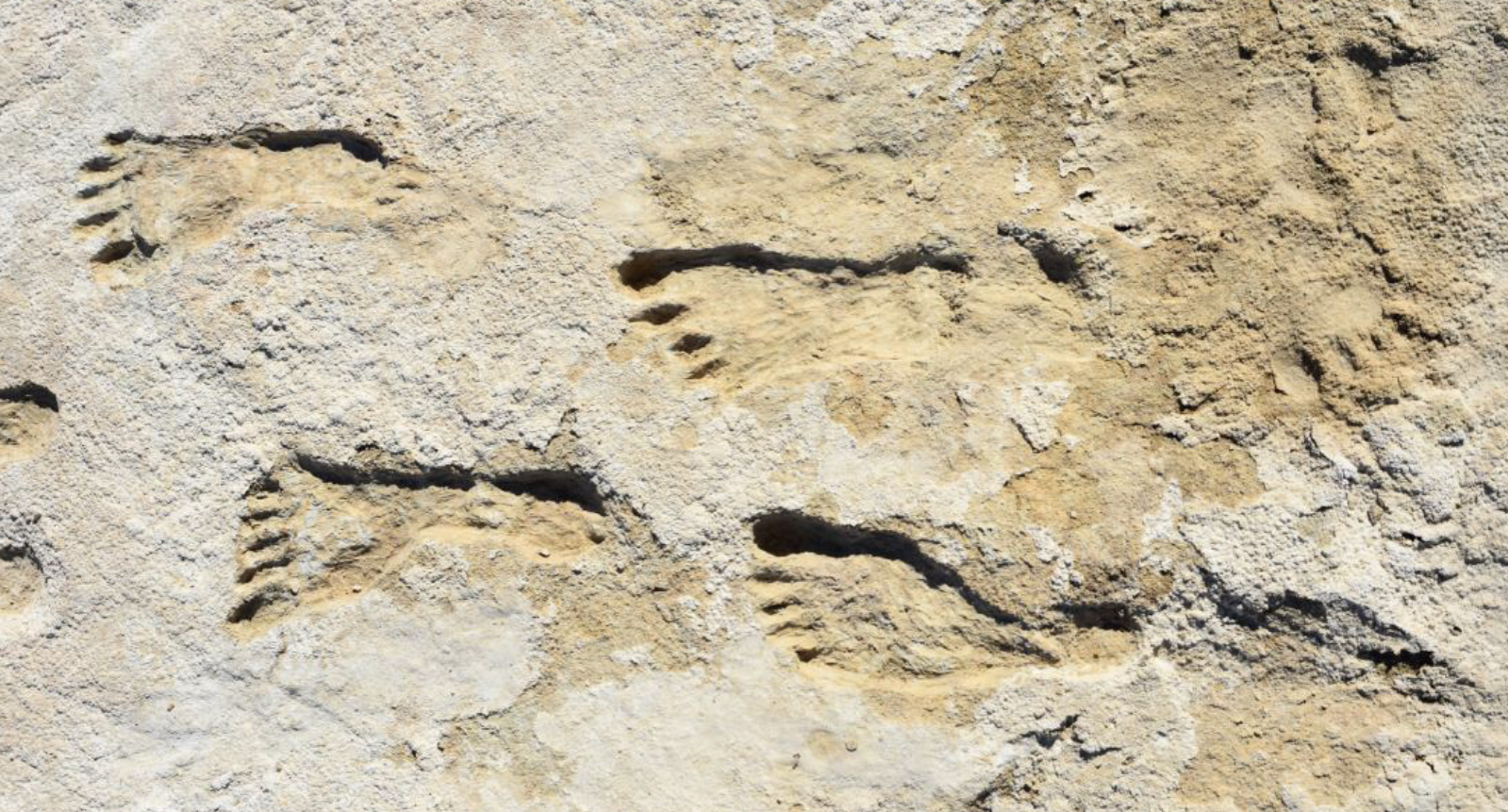 The Title is kind of Funny… made it ? Made it from where ???

Humans have probably existed in North America and South America for millions of years.

The evidence is piling up.

The commonly held view is that people arrived in North America from Asia via Beringia, a land bridge that once connected the two continents, at the end of the Ice Age around 13,000 to 16,000 years ago. But more recent -- and some contested -- discoveries have suggested humans might have been in North America earlier.
Now, researchers studying fossilized human footprints in New Mexico say they have the first unequivocal evidence that humans were in North America at least 23,000 years ago.

Early footsteps in the Americas

Despite a plethora of archaeological research over the past century, the timing of human migration into the Americas is still far from resolved. In a study of exposed outcrops of Lake Otero in White Sands National Park in New Mexico, Bennett et al. reveal numerous human footprints dating to about 23,000 to 21,000 years ago. These finds indicate the presence of humans in North America for approximately two millennia during the Last Glacial Maximum south of the migratory barrier created by the ice sheets to the north. This timing coincided with a Northern Hemispheric abrupt warming event, Dansgaard-Oeschger event 2, which drew down lake levels and allowed humans and megafauna to walk on newly exposed surfaces, creating tracks that became preserved in the geologic record. —AMS

Dating of the volcanic ash and minerals around the tools suggests that they are 3.3 million years old.

Until this discovery, the oldest examples of this technology were the Oldowan tools from Tanzania, which date to about 2.6 million years ago.
The researchers say the 700,000-year time difference reveals how manufacturing methods and use changed over time, growing more advanced.

I love these findings because it gives us a better understanding of how humanity survived against the odds.