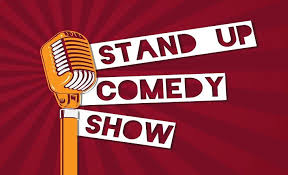 I have a dream, not like Martin Luther king though, because my dream is not as necessary as his dream during those days but in today’s date, it is very necessary, I mention him respectfully of course because he is like the most famous person whom said that line, I have a dream and made it famous along with him, now when people say I have a dream the next person can just spoil it and be like Martin Luther King said that man stop stealing material man its not cool, spoiler alert, so you have to use the next best thing like vision, say something like I have a vision but it doesn’t even sound as good as I have a dream, spoilers will be all over you handing you papers, copyright!, shouting at you, you cannot do this man!, and there you are, saddened by spoilers you suppose to write comedy but no one is laughing, you have been run through a spoiler alert, but can’t you blame me charity begins at home and here in mzansi we copy everything the world does, and by the world I mean America. Mostly
And my dream is to be the most funniest comedian ever, the funniest you’d have ever laid your eyes on, I want to be so funny that literally when you look at me you start laughing, hahahahaha! Wouldn’t that be something, as if like you can read the jokes off my forehead, as soon as I appear, hahahahaha! You so funny, I’d be happy because finally I would be able to give back in ways no one can, people that suffer from hearing impairment would attend my shows and find me funny, I want my presence to feel like it’s the world cup, you know, remember 2010, every time I step in the room, you like feel it, he is here, hahahahaha!,
I bet scientist will attend my shows once that starts happening, they will turn the show into a lab room, I will not be a comedian to them, they will be observing me like am a test subject, staring at me like, that’s interesting, he dint even say a word bob are you getting this, yes jim his amazing all he does is smile and the crowd explodes like fulminated mercury, well I think of scientists as creatures that look like humans without humor, because if they had their way seeing me making people laugh without jokes, they would set up their lab in the middle of the stage with me half naked locked in a glass box that would be half full of lukewarm water, bob will be standing in front of me informing jim of any changes and jim would find you guys as a distraction, like hahahahaha! Sshhh! Any changes bob?, temperature increased by 2%, subject looks like he is getting the Goosebumps “I am not flirting with you” and he Lubricated twice, I be like you talking shit bob, I never lubricated nowhere, and bob would be like ahhh, the correct term is I dint take a piss, besides you can’t lie to me, I am a scientist I know everything, then I’d be like is there a god, just ask him that because I know he can’t answer me, if he can he must just keep it to himself, I believe in god and I will not deny him, I read somewhere in the bible it says if you deny me before my father then I will deny you, whoa, scary, my soul needs to R.I.P somewhere fancy when they lay this body under the ground and I imagine heaven I don’t know about you guys but I gots to look out for my soul, and I am more afraid of that guy upstairs than I am of bob, I mean lets imagine bob for a second, he is a scientist so he can’t be that tall, I think of bob I see Lennard or Sheldon from the big bang theory, with the same level of intelligence and jokes they say only confuse each other, they don’t mean to confuse each other, but since they both smart they try to think alike, and just like they will fail to amuse each other they will also fail trying to find out how do I make people laugh without saying a word, because bob read my Goosebumps wrong, he thought that I was blushing for him, but that’s what happens when I unleash another joke, I get the Goosebumps .
and the most shocking news that I have come to discover, sir do you want to know what I know, aliens have landed in this planet since the first scientist was born, we see this on television all the time, alien invasion, aliens adapting people, alien probe, whoao, we see this all the time on television, a scientist and his test subject, now lets talk about the scientist before we go any futher, a scientist is most likely to be the one without female companionship and we see it on television shows like the big bang theory, that scientist are freaky weird mother fuckers, when those guys get lonely at the lab and no one is there to watch, what do they do, or what do we think they do, I don’t know, probing their test subject, now atleast that’s what I think, so what do they actually do, its probably worse huh.

lol did that tickle your funny bone, anyway please upvote.