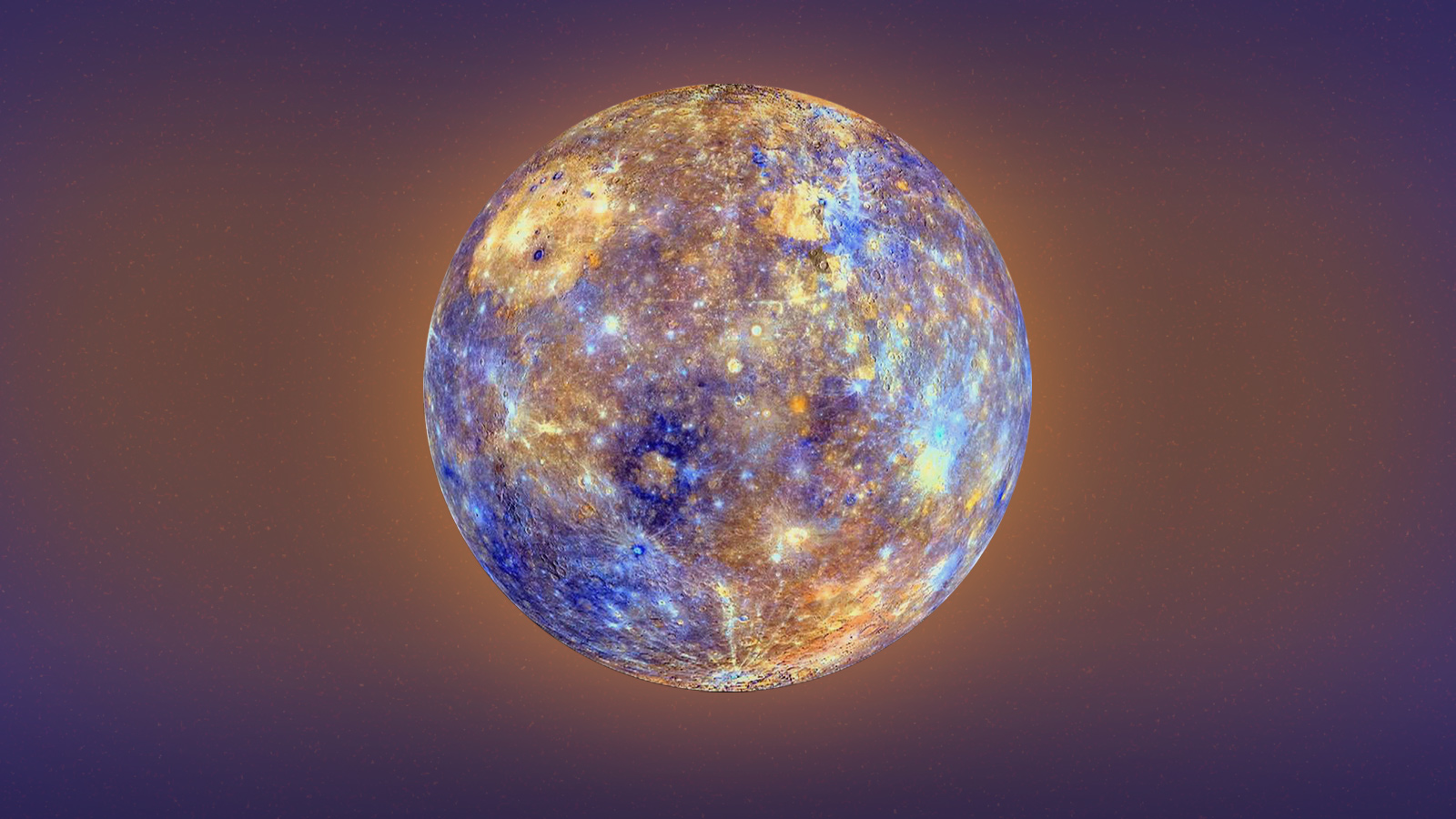 The earth is our home but the earth is only one of nine planets in our solar system. If the sun is the mother, Mercury, Venus, Mars, Saturn, Uranus, Neptune and Pluto are the siblings.

With around 58 million kilometers, Mercury is the closest planet to the sun, which usually outshines it. Only in the morning or evening twilight there is a chance to see him.

He is between 77 and 222 million kilometers away from us (earth). His surface seems jagged, similar to the moon. With a diameter of 4,480 kilometers, he is only about a third the size of the earth. On the other hand, Mercury is almost as dense because he consists largely of an iron core. The origin of this iron core is still unknown.

Due to his proximity to the sun, Mercury is the leader when it comes to temperature drops. On the day side the thermometer rises quickly to 430 degrees, on the night side it drops to minus 180 degrees. In some deep craters at the north pole there even seems to be water ice.

A Mercury year lasts 88 of our days, while a day on the Mercury lasts 58 days. In two Mercury years, he turns around his own axis three times.

North of the equator lies Caloris Planitia, a circular shallow basin with a diameter of 1340 kilometers. It was probably created by an impact body over 100 kilometers in size. The impact was so violent that several ring waves were thrown up and escaped from the interior of the planet's lava.

The inside of the basin has been filled by the magma from the depth. The basin is bounded by the Caloris Montis, an irregular and one kilometer high mountain chain.

The surface of Mercury is also criss-crossed by slopes several hundred kilometers long and up to two kilometers high. They run in gentle meanders through flats and craters. They were probably formed when the entire planet shrank, and the radius decreased by an estimated two kilometers. The cause is the cooling of the planet, following the hot phase of its formation when it was subjected to a violent bombardment by asteroids.

Another theory assumes that the sun is responsible for the embankments. When Mercury was slowed down to today's rotation period and shrank, our central star on the planet pulled and tugged.

You can read more about Mercury in this article.

In such colors I have not seen this planet yet. Thanks for the close-up.

It's a great information. I had heard that Mercury wasn't considered a planet already.

Because Mercury is small and some people tries to degrade Mercury into a dwarf planet like Pluto, but many are against this idea.

@oendertuerk first of all nice article , I have seen mercury from telescope it's very beautiful.

I want to make love to your shot :-) Resteem for your pic and content,,,

You just got a 1.18% upvote from SteemPlus!
To get higher upvotes, earn more SteemPlus Points (SPP). On your Steemit wallet, check your SPP balance and click on "How to earn SPP?" to find out all the ways to earn.
If you're not using SteemPlus yet, please check our last posts in here to see the many ways in which SteemPlus can improve your Steem experience on Steemit and Busy.

With that temperature no possible for human living there

Your post was upvoted by @steem-ua, new Steem dApp, using UserAuthority for algorithmic post curation!
Your UA account score is currently 4.934 which ranks you at #1166 across all Steem accounts.
Your rank has not changed in the last three days.

In our last Algorithmic Curation Round, consisting of 156 contributions, your post is ranked at #26.