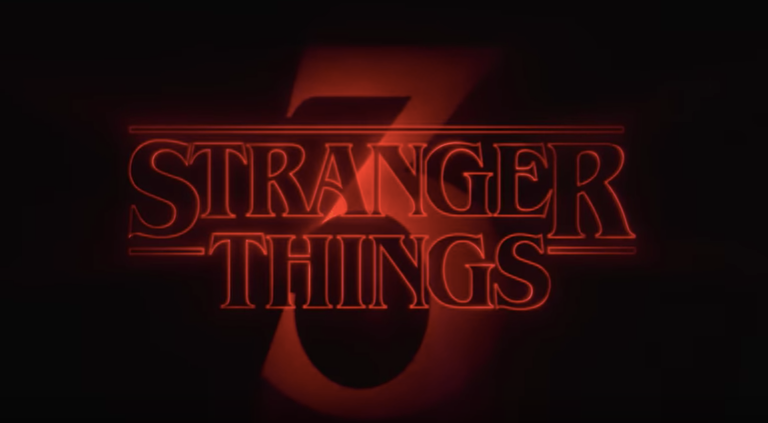 After a year and a half on the fourth of July, last week, the third season of Strangers Things finally came out and I think many of you felt like me and couldn't wait for it to continue. I watched the series last weekend and to be honest I was a bit sceptical about it because I think the second season was just a bit lower than the first season. But now I'm back to good things, as far as the next season is concerned and I found the current 3rd season a bit better.

This and the next articles about Stranger Things Season 3 will contain spoilers. You are hereby warned.

The third season of the series takes place in summer, so everything has a very colorful and lively touch, which of course is in contrast to the parallel world and all the monsters we were allowed to explore in the first season. In the small town of Hawkings, summer is now beginning, the summer holidays and a new Mall has opened in the town. There seems to be the place to be I have the feeling and many people hang out in the swimming pool, some spend their time with their family or with their friends.

Steve, for example, has a job in the Mall at an ice cream parlor, Eleven and Mike spend a lot of time together, which Hopper doesn't like so much now, Nancy and Jonathan are back on the road again, they have an internship at a newspaper and Will notices that something is wrong and he knows that the Mind Flayer threat is nearby.

It all looks so great and idyllic in the beginning, but as you know, it seems deceived or it seems to be deceived and that there will be a lot of danger for the kids and the city of Hawkins as well, more blatant than anything that has ever been there. Because that's what you wait for. Season one was full of dangers and season two increased the whole thing once again. And season 3 has to beat that.

But let's get back to the characters. They have become older, have changed a bit which is normal by growing up, but still they have remained the same. But since there are too many individual characters, this time small groups or teams are formed, the core group of friends is torn a bit apart. This isn't bad, because it gives the series its own dynamism and the narrative is a little bit different. It has the effect of a small puzzle game that ties itself up with each progress of a group to a larger one. It was really fun to watch it. It almost had something of a small detective story.

This storytelling scheme runs through the whole third season until the last episode, where everything comes together to lead the final fight and is always very exciting. Each episode contains a cliffhanger which of course invites you to continue with the next episode. But I have to mention that despite the tension that is built up, you don't have that feeling like in the first season. But this is surely connected with the fact that in the second season, this feeling was taken away a bit, but also with the fact that we already know the Stranger Things universe now and got used to it. Because this big surprise effect is no longer there and since the big mystery has already been revealed in the previous seasons, so what will happen more?

In the foreground of all are the friendships of the individual characters, they are put to the test a little, they often argue to get back together and reconcile at the end. As the children get older, there are more conflicts and the series deals with them too much. There is the danger, the new monster, which needs victims to grow, or the danger from the Russians, who do not know what they do.

What I also liked was the back and forth between the colorful idyllic and so happy atmosphere and the dark one, which breaks with the monster through the night. This reflection, which is supposed to represent the reality and the upside-down world, that there are no more worlds to separate this diversity, but that it is already close to touch and is about to swirl everything upside down and take to chaos.

But next to this things there is the 1980s effect and the feeling is very well realized and the score with the synthesizers or sometimes the 80s music which tunes you in to the atmosphere next to the culise. But I also think that's one of the things what ties us to Stranger Things. Not only this mystery element, but also the whole surrounding with its nostalgia.

This season is very good. I like this ’80s vibes. And adding Russians to the plot make it a little bit realistic because of a cold war between the USA and USSR.

Hello @oendertuerk excellent post, good point of view and the way you express it...