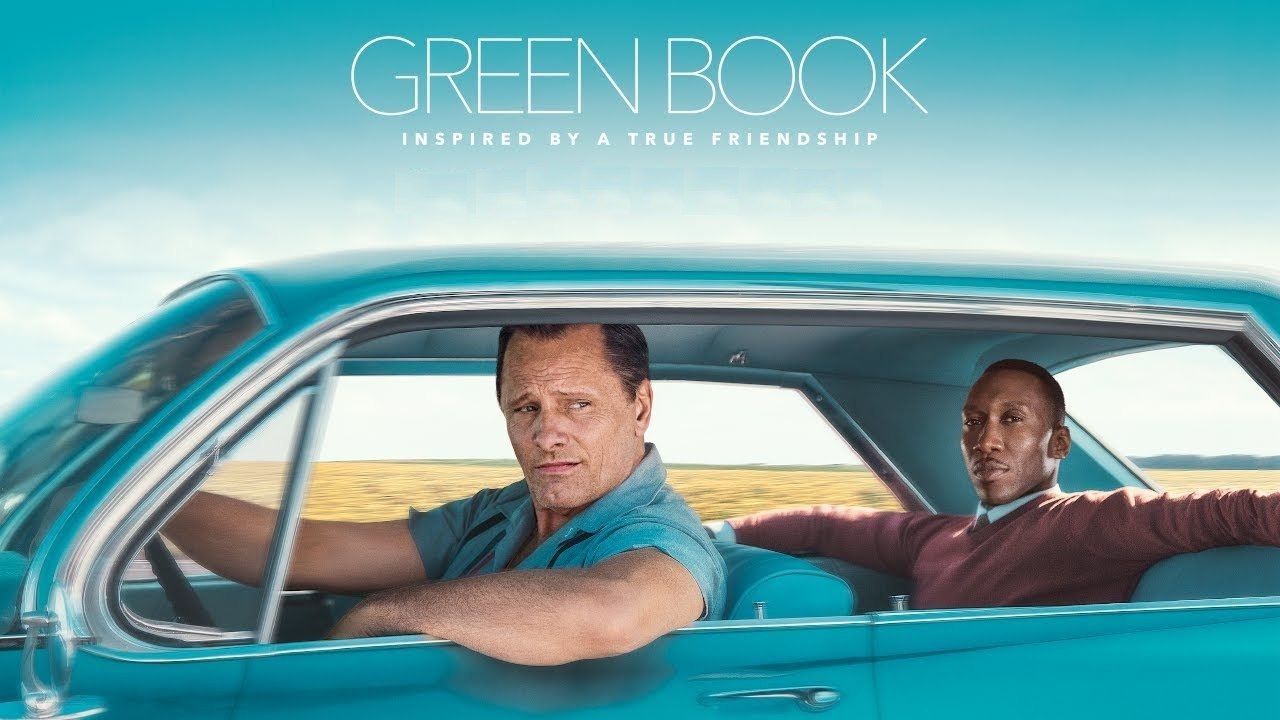 I watch a lot of movies but there are titles that pass you by. Not because they're not good, but because the title or the cover picture doesn't seem interesting. But at a later point in time, when you watch the film, you know why you took the time to watch it. Green Book isn't an action hit or a thriller where you sit on the couch and just watch a movie because you want to watch a movie, but there sometimes movies that tell a good story, entertain and give the evening a meaning. Green Book is such a title.

In 1962, the ltalo-American Tony, who comes from a simple background and is a chuck in a club, becomes unemployed for some time because the club has to close for renovation work. But through connections Tony quickly gets an extraordinary job offer because of his tough nature. He is supposed to chauffeur the successful jazz pianist Dr. Don Shirley on his tour. Since the tour goes from New York to the racist southern states of the USA. First he is a bit sceptical, but then agrees.

Tony also gets a Green Book, which is a guide for the Afro-American society and should help them to find accommodations and localities in the southern states, because in the 1960s the world was still a bit different than today.

In the beginning, when Tony and Don start the trip, they still have a hard time, but as they progress on their tour, a friendship develops between the two fundamentally different men, who are confronted with the unforeseeable problems the tour offers them...

Green Book is based on a true story that tells the friendship between two unequal people like the Afro-American pianist Dr. Don Shirley and his bourgeois chauffeur Frank Lip aka Tony Lip. It is a friendship that has been spun even tighter by the prejudices and events that happen to the two on their tour.

Because at that time racism was still on the agenda in the southern states of the USA and so the film addresses a topic which, despite the time difference to today, is still somehow topical and very serious. But the movie tries to turn the story into a simple roadmovie tragicomedy, which is also very well received in narrative terms, but this is more due to the two very good actors than to the script itself.

Of course, with a subject like racism, tolerance and acceptance everything can be kept as simple as possible, so that everyone understands it, but the film lost a lot of potential through the approach, in my opinion.

But the humor the movie has to offer scores a lot and with the acting skills of Viggo Mortensen and Mahershala Ali the whole thing gets its own charm. At times it almost feels like a fairy tale, because the movie really softens every serious scene with humor and seems as if it just scratches the surface and doesn't get through.

But apart from that Viggo Mortensen and Mahershala Ali do their work really well and you can see that both had a lot of fun in their roles. The combination of both role personalities, who come from different worlds, different social backgrounds, totally different convictions and each have their own world view, works here despite the former problems and you can see that acceptance isn't just a utopian ideology, but just an attitude that can change.

Without the two great actors, the film would surely be nothing more than a stereotypical film that wants to bring a theme to society's attention, which is often ignored. But because of these two names and their talent the film hasn't only got its own charm, it is very entertaining, offers dramaturgy in places where it trumps with the humor that accompanies the whole film on the piano tour of Dr. Don Shirley and is protected and supervised by Tony Lip.

Maybe this time the makers wanted to approach the subject a bit differently, from a side that's not politically oriented, but more humanly, because what the film has is insurmountable and that's a lot of heart and humanity, and that's what makes the film so special.

Green Book got from me 8 Stars at IMDb, if I could I would rate it with 8.3 Stars.

I need to finally watch this movie, I heard a lot of good opinions and your review is one of them.

@oendertuerk wow nice review , you just made me think of seeing the movie.

I am glad to be following you for this reason alone.

I thought you did a great job with the review.

I enjoyed the movie and the story of two unlikely guys becoming long-term friends.

The two actors seem to have well expressed the friendship between the two different men in a time of widespread prejudice.
In the movie, the two constantly think that they could have a deeper understanding of each other because they appealed to each other that they were Tony, not a white man, and Don, not black male. Thank you for leaving us a good and careful review.
You’ve just got a full upvote from us.

I think I should also watch it cause it's a good movie in your opinion.

Your post was upvoted by @steem-ua, new Steem dApp, using UserAuthority for algorithmic post curation!
Your UA account score is currently 4.963 which ranks you at #1167 across all Steem accounts.
Your rank has dropped 5 places in the last three days (old rank 1162).

In our last Algorithmic Curation Round, consisting of 193 contributions, your post is ranked at #33.